Michael Kors has released two new watches based on Android Wear, Dylan and Bradshaw, as part of the Michael Kors Access series. 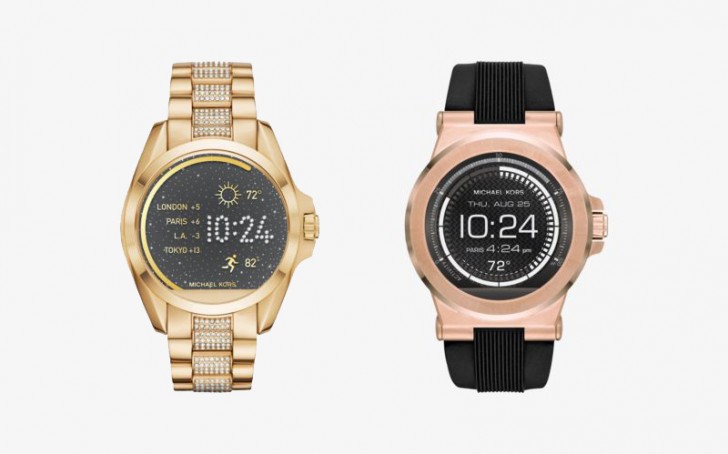 Both watches feature an oversized design for those who like big watches. Dylan has a 46mm case whereas Bradshaw has 44.5mm case. The watches are designed to match the look of Michael Kors' analog watches but with smartwatch functionality.

Other than that they are pretty much standard Android Wear smartwatches. Both feature a 320x290 display with a cut-off portion at the bottom (same as the Moto 360), Qualcomm Snapdragon 2100 processor, speaker, and activity tracking. The watches also come pre-installed with a bunch of customizable watch faces that are designed to mimic the look of Michael Kors analog watches.

The Michael Kors Access Dylan is priced at $350 whereas prices for Bradshaw start from $350 and go up to $395 depending upon the variant you choose.

Tizen is so much better than Android Wear...

before you drop hate, atleast check your spelling, and also, Apple and iOS has one brand, Android has multiple brands that they are under, so that comparison is clearly pointless

What just like the comment he made in the past about his bags isn't for blacks or Hispanics the watch isn't too. You'll be a fool to support him....