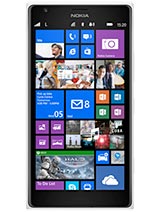 joe nodden, 26 Jul 2021Crazy how we're still discussing a rumored phone from ... moreIt wasn't just a rumored phone, it was real, it was produced but eventually cancelled, only few prototypes survived from destruction. And even more, the whole 3D Touch and UI-less concept was something unique, we still don't have anything similar from competitors, years later. It was a device from the future.

Mivas Greece, 25 Jul 2021Some prototypes of this unreleased model survived and we ca... moreCrazy how we're still discussing a rumored phone from 2014 in 2021.

joe nodden, 14 Sep 2019How would they find something so trivial and correct it if ... moreSome prototypes of this unreleased model survived and we can understand more about it and its technologies based on these protos. Still, these are based on observations, nothing official from Microsoft or Nokia.

If someone is interested, can check this 3+1 parts review on All About WindowsPhone

Michael, 01 Sep 2019The rumors were saying about 50MP, but truth is that its re... moreHow would they find something so trivial and correct it if it's been half a decade since it would've come out?

joe nodden, 06 Aug 2019Wait... didn't this page say the camera sensor was 50 megap... moreThe rumors were saying about 50MP, but truth is that its real resolution is in the range of 20MP. So, it was corrected. The size of the sensor though is unknown, so we can't be sure about the size of each pixel, only about the total number of pixels... Still, it is unique.

Wait... didn't this page say the camera sensor was 50 megapixels before? Why did that get changed?

Philips, 11 Jul 2017Will it be sold???? or released??It was developed by Nokia and cancelled by Microsoft after the acquisition of Nokia's phone department. However, a few functional prototypes were produced, supporting the innovative 3D Touch technology, which cannot be found elsewhere and occasionally some of them are sold eg on eBay.

just a wet dream by Microsoft

youre using the cheaper one.

the camera is not really that clear im using nokia lumia...

i can recognize one point with Windows against Android: Windows phones get updates & upgrades in OS twice every month, with android, you buy it with android 6.0 and youre stuck with it.