The Microsoft Lumia 640 XL is one of Miscrosoft's recently announced Lumias and it's also available as a Dual SIM model, which we're reviewing. It's the best equipped smartphone in the Lumia 640 series - it packs a massive 5.7" screen and a 13MP camera. The Lumia 640 is ready to capture new users for Microsoft's mobile platform by offering a smooth smartphone experience on big screen, all with a tantalizing sub-200 euro price tag.

Nokia was well known for its rich lineup of phones, where everyone could find their dream phone. In the new smartphone era the diversity applied mostly to the color options, but today Microsoft is revisiting the past traditions with the new Lumia 640 series, which offers seven different handsets with attractive specs and bargain pricing. 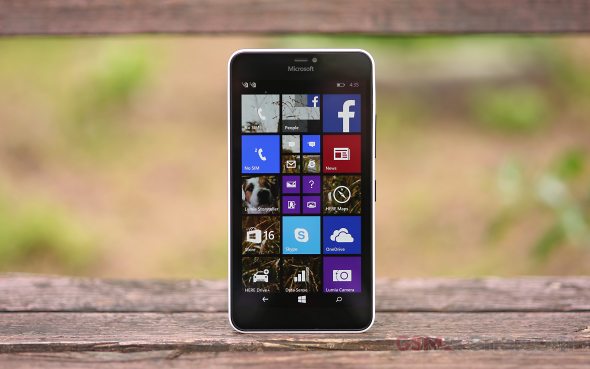 Breaking a pattern is a tough move today, but it seems Microsoft got it right for the most part. You can get a Lumia 640 in a regular 5" size or a 5.7" XL flavor. There are 3G, 3G Dual SIM, LTE and even LTE Dual SIM version of each size, which is very nice - you can opt for the one you need and save some cash in the meantime. And, of course, the paintjob options are as rich as they get - matte cyan, glossy cyan, orange, black, matte white and glossy white.

So, we got the 3G Dual SIM model of the Microsoft Lumia 640 XL, one with a matte white panel. It is noticeably big, but feels really light, the Glance screen greets you at start and the ZEISS logo highlights the rear 13 MP camera. The 5.7" 720p display isn't offering the best pixel density, but it makes up for it with the ClearBlack technology. And while the Lumia 640 series was introduced as the first Windows 10 smartphones, they are still running on Windows Phone 8.1. They will be the first phones on the queue to get the update this summer though.

The Lumia 640 XL has pretty much all bases covered. The Snapdragon 400 chipset is our major concern. It proved a really powerful platform for the Windows smartphones in the past and is still utilized by many. But Microsoft's recent push of new apps and games within the Windows Store may finally raise performance issues on these kind of smartphones.

For a quick roundup of the Microsoft Lumia 640 XL you can check out our video review. It will give you an aggregated view of our written review and if you want the complete picture you can read on.

Coming up next is our unboxing and the inspection of the phone's hardware.

If only Microsoft had made the rear camera bump flat like on the smaller 5" model. An 8GB rear camera is plenty for this type of device. A 2GB front camera would also have been plenty and still allow 1080p video recording. Other than that, the b...

How to increase font size in edge browser