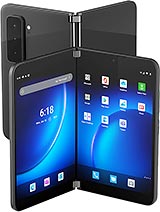 Raen, 24 Aug 2022I have a really bad habit of dropping my phone. I don'... moreIf you want a foldable tablet that you can fold and carry in your pocket this is the only device you can get and your will not regret what you got. If you are looking for a phone this is not a device for you.

Raen, 24 Aug 2022I have a really bad habit of dropping my phone. I don'... moreWith the MS original bumpers, it does its job done. I drop my Surface Duo 2 all the time and it stands up from most of the impact. Also the display is folded inward most of the time, so there is less chance to crack the display. I did crack the back cover glass from dropping the phone camera first to the ground. The camera is extruded so much and I believe there is no structure to support the camera housing other then the back cover, so the back cover glass has shattered. MS does not warrant for external damage and they are asking $700 for the refurbished phone exchange. So, I just laminated two layers of skin films and its good to go. I am mostly satisfied with this phone.

Anonymous, 12 Aug 2022After a couple of iPhones and a few Galaxys over the years.... moreI have a really bad habit of dropping my phone. I don't mean to, I just forget it is in my lap and stand up, boom on the ground it goes. Will this phone stand up to this treatment?

Microsoft Surface Duo with Android ?
This is a laugh

After a couple of iPhones and a few Galaxys over the years. Surface Duo is the best phone I've ever used. Don't be put off by sideline critics who can recognize nothing in the form of innovation. I've had bugs with EVERY smart phone I've ever had, and so have you and all of them. The Duo and Duo2 are AWESOME and if you're thinking about one just do it and you won't regret it.

I Hope Microsoft give me that free

All specs are good

Asharma23, 27 Jun 2022Purchased this phone last week for 929 GBP for 256 gb varia... moreguys in microsoft ain't good at designing phones or tablets,this epic ,,marvel'' ain't good for anything,neither as a phone or tablet,it's a half baked cake like everything other microsoft product

is it compatible with windows apps or just android?

Purchased this phone last week for 929 GBP for 256 gb variant. I don't know why people are criticizing this engineer marvel. It's my daily driver and has never disappointed me once. Native camera app clicks average pictures at best, hence I've downloaded gcam and boy oh boy what a difference it has made! Overall this mobile phone has increased my productivity and I'm glad to have purchased this phone. Won't be able to switch back to single screen phones again.

MG, 30 May 2022This phone is from the 80's , the size of the bezels..... moreYou're obviously neither using your phone for productivity (word, excel, video conferences etc), nor travel a lot for work. This is not for the average user and is not marketed as such.

You would not compare a pick-up truck with a typical urban car for sity use. Both can work wonders but they are obviously aimed at different audiences.

This phone is from the 80's , the size of the bezels..Just 80's.
The phone has many shortcomings...
Just stay away from this behemoth

That's not a camera bump - it's a camera sky-scraper.

what's nice about microsof, if his OS remains android

Time to think about doing fold, Huawei like fold, with a space(thickness) for big cameras.
Bringing hi end hw they could make big comeback, lol, when if not now with almost none competition, just Samsung and maybe something.

DS1126, 21 Feb 2022I have the first one and was wondering if it's identic... moreHere is what the average photo took on the original Duo (only the selfie camera)
1. Pull phone out
2. unlock it/unfold it fully
3. get the camera app
4. fiddle with the phone to get the screen on the other side (it defaults to the side where the lens is and often took exaggerated movements to force the accelerometer/gyroscope/whatever to switch sides
5. take the shot without moving the phone slightly back to the other side of the screen went back, turning the one facing you (with the UI) black/off.

Both are amazing for doing video conferences on Skype/Zoom/Etc. You can put it in the landscape, drag the video app to the top then have a keyboard or second app open on the bottom; such as a browser or your email or the chat. It worked very well for my job where I could over the Electronic Health Record and have a video visit with my doctor during house-calls. So I could have a chart open while giving a report without switching back and forth between windows on a traditional phone.

I would have been much happier if the Duo 1 never existed and the original was this phone, the OG Duo was akin to the bad Windows OS versions like Win Me or Win 8...

DS1126, 21 Feb 2022I have the first one and was wondering if it's identic... morea massive difference is a rear camera. I owned the original Duo and it was the most frustrating device I have ever used when it comes to trying to snap a photo in under 10 seconds.
Other than that, it seems to have 5G and a higher-res screen. The potential is there for a great Microsoft phone but this one falls short, IMO. It was a real eye-catcher in ~2020 when I had the OG Duo. However, COVID-19 caused a delay in the OG Duo's launch date which made it have underwhelming hardware at its launch. (at least that was my theory)

Jonvon, 07 Feb 2022Says the person with the Motorola Razr 2019 as one of their... moreI have the first one and was wondering if it's identical to the first one as far as use goes or is there a big difference with the UI?