In recent weeks, we've seen leaks of the Microsoft Surface Duo 2, which revealed a new triple camera setup on the outside of the phone. We now have some evidence that the next Surface Duo will be powered by a flagship-grade chipset. 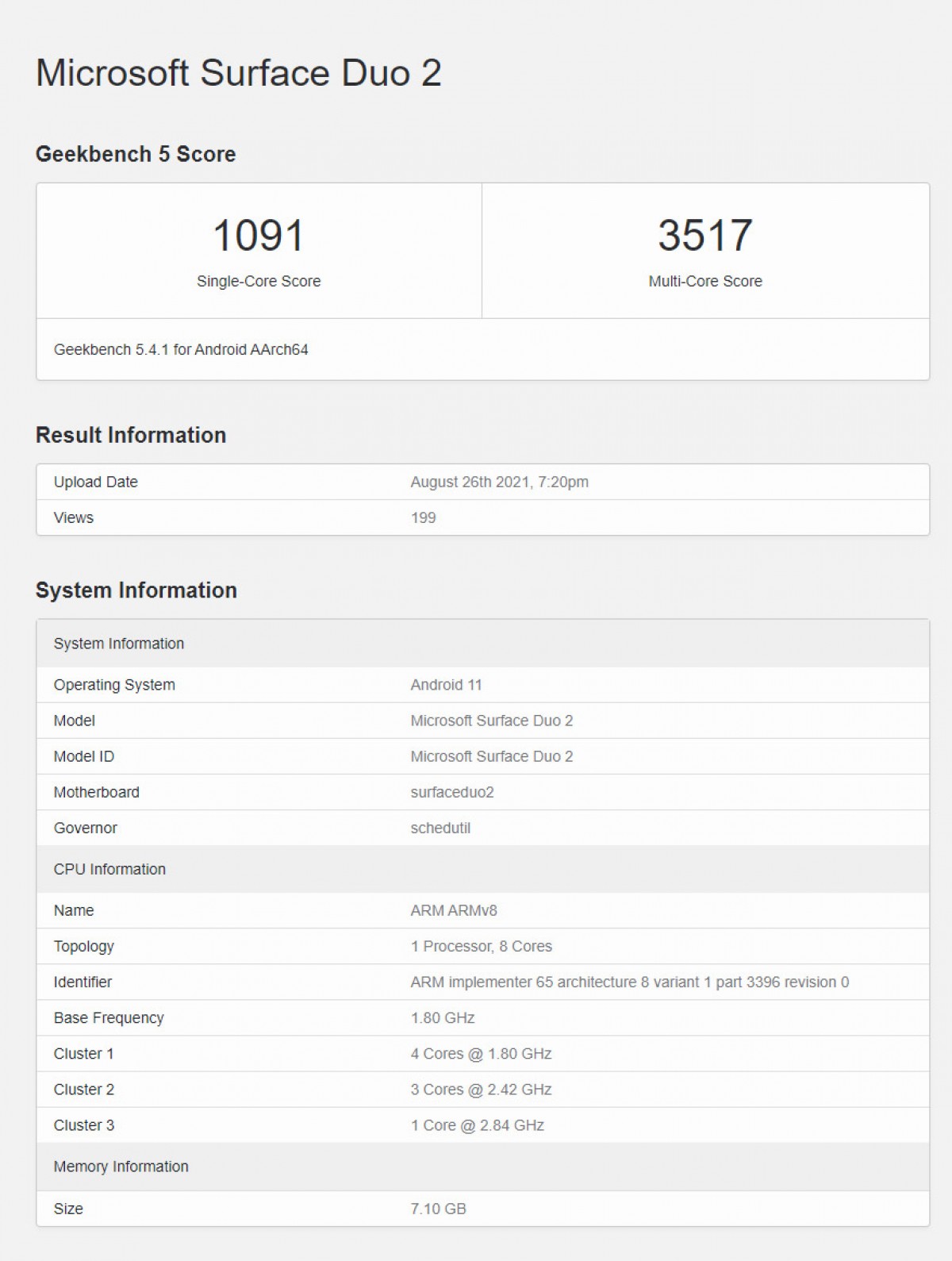 The new device appeared on Geekbench, with scores indicative of the high-end Snapdragon 888. The device scores 1091 in the single-core test and 3517 in the multi-core. For reference, the Samsung Galaxy Z Fold3 5G scored 979 (single-core) and 3441 (multi-core) on the same benchmarking app running the same chipset.

The Surface Duo 2 tested was running Android 11 and the chipset paired with 8GB of RAM. We are excited to hear more about the new Surface Duo, because the first iteration was certainly something different in both design and function among smartphones.

Windows Central notes that Microsoft plans to enhance battery, the cameras, and use larger displays on the new Surface Duo 2. NCF, lift to wake, and higher refresh rates are expected updates as well. The triple cameras reportedly consist of a 12MP main camera, dedicated telephoto camera, and an ultra-wide.

Unlocked Samsung Galaxy A20 is getting Android 11-based One UI 3.1 in the US

I am really curious why no articles I have read mention how that bump prevents you from opening this thing up all the way. I see this as a major issue. Hopefully the final product actually has a slightly different design because as-is I see this as...

Microsoft... If renders are true, then, its a POORLY designed handset, the camera placement, design ...poorly executed, an eyesore when looked at...

The one after this better be a real flagship or they will fail. They could have easily hit harder from the beginning but chose not to. So dumb!