The Moto E6 got official last July, so it's high time for a successor to show up, right? That's what Motorola seems to think. The company has recently been unveiling new smartphones left and right, with the latest being the Moto G 5G Plus, but it's not stopping there.

The Moto E7 was previously spotted in a Google Play Console listing a few months back, and now some hands-on imagery of it has been outed. 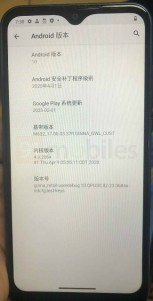 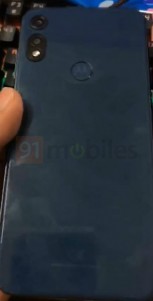 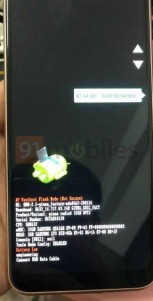 This confirms some of the phone's rumored specs. The Moto E7 will be powered by the Snapdragon 632 chipset, and it's said to have two RAM/storage versions: the entry level 2/32GB, and a 4/64GB option too.

As you can see, there's a fingerprint sensor in the Motorola logo on the back, a waterdrop notch on the front, and bezels that are actually decent for this price point. The source of these images says the back is glass, but that would be surprising for such a budget device - more likely it's plastic that's made to look like glass.

The SoC is a welcome upgrade from the Snapdragon 435 of the Moto E6, while the screen is still 720p+ but now more elongated to fit with the 2020 trends. Meanwhile, storage has been upped in the base model, and the same goes for the battery. So it's shaping up to be a pretty good update, this, if you're into Motorola's entry-level handsets.

So what's gonna be Moto's answer to the 5.45" iPhone 12? G9 Play is already designed too, so that leaves what? G9 is imo not gonna be the small one, and a power lite can't be small because the battery. Maybe an E7 play with hopefu...

Where i the new member of the Z line allowing the moto mods?