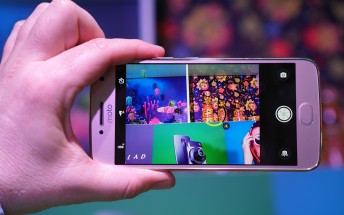 Motorola's G5 Plus is now in the process of receiving its first ever software update. The phone was announced alongside the G5 at Mobile World Congress last month, and it's now starting to become available in certain markets. So its maker is making sure that any last-minute bugs in its software are fixed, by sending it the firmware build NPN25.137-33.

If you haven't yet purchased a G5 Plus, the update to this version should be waiting for you when you unbox yours. The most important fix in the new release has to do with improving audio quality while recording video. Additionally, some unnamed bug fixes and stability improvements have made their way into this firmware.

The update comes over-the-air as a 280MB download, and should take around 10-15 minutes to install. As always in such cases, the rollout may be staged, so it could take a few days for all of the G5 Plus units to receive the new software. If you have one and are impatient you can manually check if it's available by going to Settings > About phone > Software updates.

Is your audio background noice while video recording got solved after software update ??

Are you able to make video calls with good sound quality now?