The Moto Z3 Play will be the first in the series to employ a tall 18:9 touchscreen, according to past leaks and rumors. This is now confirmed through the leaked press render you can see below.

Additionally, this device will bring a dual rear camera setup to the Play line for the first time. The MotoMods will be supported even this year, and the Z3 Play will have a glass back as is customary in this day and age. 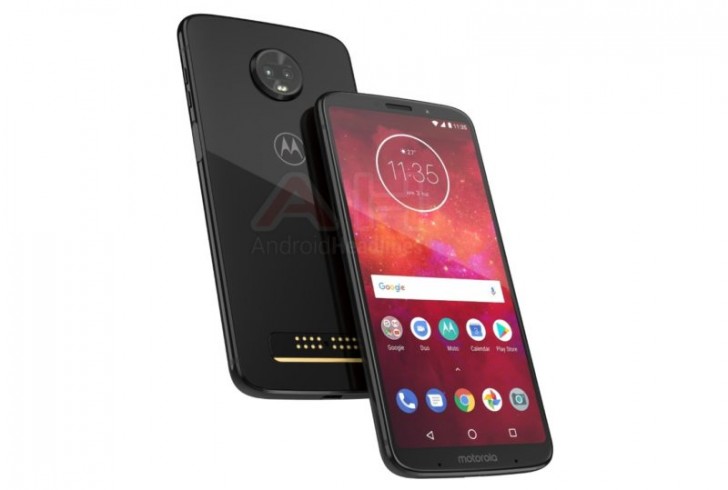 Interestingly, the Z3 Play eschews a traditionally placed fingerprint sensor - it's not on the front, nor on the rear. That means it could end up being placed inside the power button, on the right side of the device.

This is different than the blue Moto Z in the 3d render, the Moto Mods pin connectors being the most obvious. And we can see there is no headphone jack (usually placed on the right of the USB-C port)