Motorola’s upcoming flagship line will feature the Moto Z4 and Moto Z4 Force and we’ve seen basically everything about these devices from the specifications to official renders and even pricing.

Now, though, a Reddit user managed to snatch up an actual Z4 unit from Amazon where the device was listed for a brief period and uploaded a first impressions video. 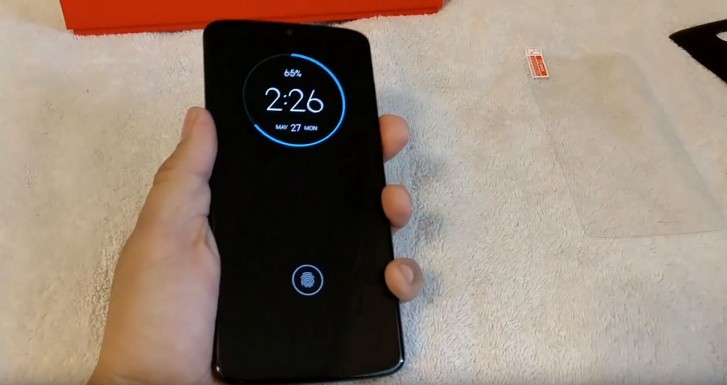 The short clip gives an overview of the device and its highlights including the in-display fingerprint reader as well as the camera interface and its compatibility with moto mods.

The phone shipped with the moto 360 cam module which will likely be part of the retail package for early buyers. Software wise the phone is running on Android Pie with the April security patch. The Moto Z4 will come in a single 4GB RAM and 128GB storage configuration and will run on the midrange Snapdragon 675. The phone relies on USB-C for charging and also features a 3.5mm headphone jack. Pricing is $499 and we should see an official announcement soon.

Leaked render shows off the Moto Z4 from multiple angles

Still cost too much othervise nice phone. Still no sucessor to my Moto X4.

To the people who compares the 67x to the 7xx series? 710 series is just a rebranded 670 series with the only addition being AI. There's an AI chip that powers all the Chinaphone's AI Beauty camera modes. Anything else, it's the same. I'd rather buy ...