The rumors were true, as it turns out. Today Lenovo has unveiled not one but two new Moto Z smartphones - the Moto Z and Moto Z Force. These are basically two versions of the same flagship smartphone, where the former is thinner and the latter has a bigger battery and a ShatterShield screen that the company guarantees won't break when you drop it.

The Moto Z (seen below) is 5.2mm thin, and it's made from "aircraft-grade aluminum and stainless steel". It has a 5.5-inch QHD AMOLED touchscreen, Qualcomm's Snapdragon 820 SoC, 4GB of RAM, and 32 or 64GB of expandable storage. The rear camera is a 13 MP unit with laser autofocus, OIS and dual-tone LED flash, while the selfie shooter is a 5 MP affair with a wide-angle lens. 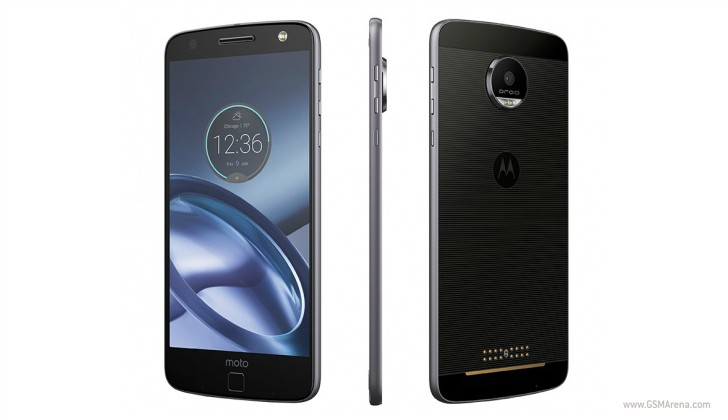 The handset has a fingerprint scanner, and a water-repellant coating. It's kept running by a 2,600 mAh battery which can charge very quickly - up to 8 hours of use delivered with just 15 minutes of charging. The connector is USB Type-C. The Moto Z runs Android 6.0.1 Marshmallow. 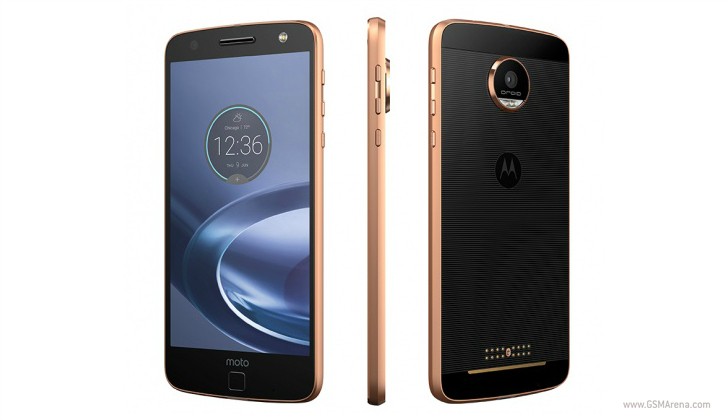 The Moto Z Force (pictured above) is thicker at 6.99mm, but that means it can pack a bigger, 3,500 mAh battery, a higher-res camera, and a shatter-proof display. It's got a 21 MP shooter with f/1.8 aperture on the back with phase detection autofocus, while keeping the laser autofocus and OIS features from the Z. Otherwise, the two phones are identical, including the fact that neither has a 3.5mm headset jack. Motorola will include a USB Type-C to 3.5mm adapter in the box, though.

The main selling point of both Moto Z devices is their support for the new MotoMods. These are modular accessories that simply snap onto the phones' backs thanks to some powerful magnets. They connect using those 16 "magical" dots you can see on the lower part of the rear of the Z and Z Force.

In the US, you'll find the Moto Z Droid Edition and the Moto Z Force Droid Edition at Verizon starting "this summer". Motorola will also sell an unlocked version of the Z directly to consumers. In other countries, the Moto Z will become available starting in September. The Z Force will be exclusive to Verizon, at least in the beginning.

If you know how to do business, Lenovo should not want to announce a device 120+ days before you can actually buy it, by the time most people have forgotten about it and secondly available in fall is a wrong timing as new iPhone and Note 7 will be re...

Boy am I wrong. You, sir, stand corrected. Well, then, all the more reason for Apple not to claim they were the first to kill the jack in a smartphone but may still claim the first of their iPhone line of devices to kill the jack