The Motorola Defy has a rather pedestrian display. It is a simple 6.5-inch IPS panel, with 720 x 1600-pixel resolution, which works out to about 270 ppi. It only does 60Hz and pixel response time is not particularly impressive either, with signs of ghosting when you scroll slowly. Kind of disappointing for a phone that costs over EUR300 these days as that sort of money can actually get you a high refresh rate FullHD AMOLED panel. However, we still need to take into consideration the specialized nature of the Motorola Defy here. 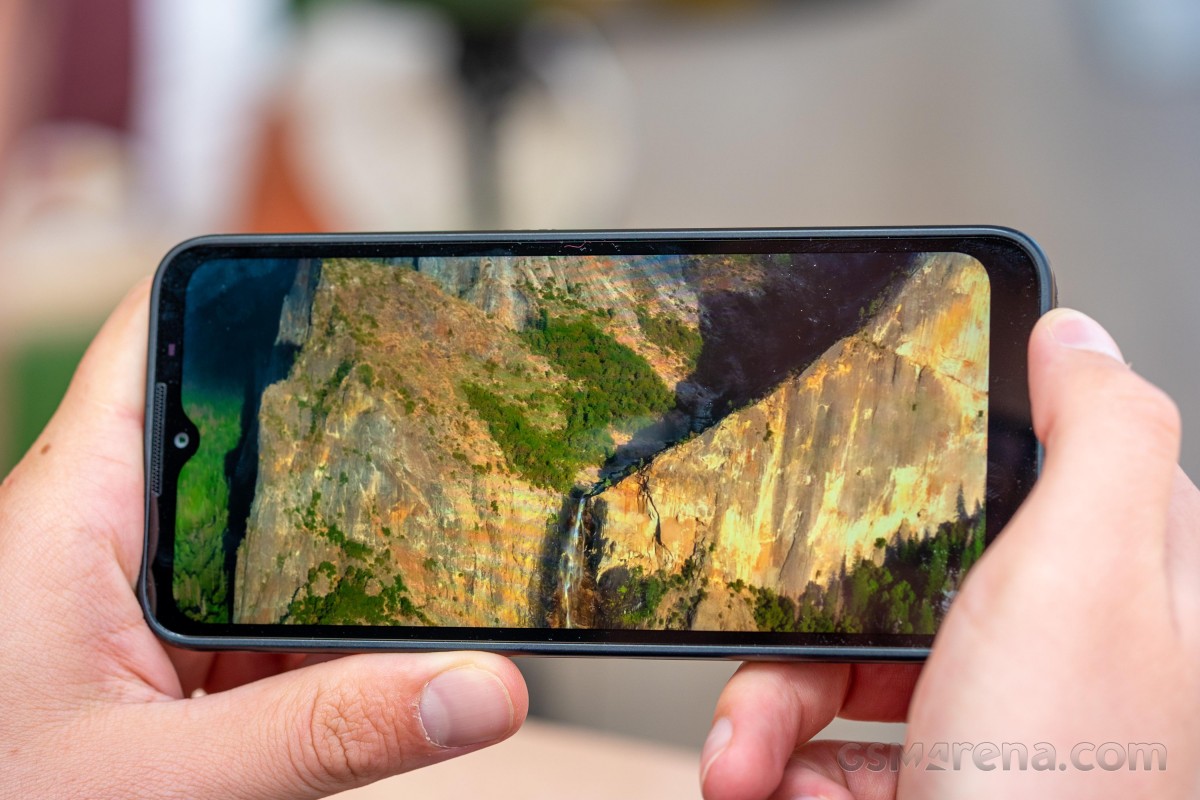 The Motorola Defy 2021's display doesn't get overly bright, topping-out at 436 nits in our tests. That means that while not perfect in terms of outdoor visibility, it is still serviceable. And thanks to the rather deep black levels, contrast on the Motorola Defy is actually quite good when indoors.

Color accuracy is not a strong suit on the Motorola Defy. There are a total of three color profiles to choose from - Saturated, Boosted and Natural. There is no white point adjustment or fine-tuning control beyond that.

All of the profiles appear to be aiming for the sRGB color space, but none of them quite manages to get there. Saturated mode is the default and it manages to reproduce a pretty balanced color palette overall - pretty accurate reds and a bit too saturated blues. Boosted doesn't do much for the blues, but oddly, despite its name desaturates reds a bit. Natural comes closest, though it is still far from what could be considered accurate. Interestingly enough, the white point seems to be the biggest issue in this mode. If a temperature slider was included in the OS, we could probably warm things up a bit and actually get good color accuracy, but that's not the case.

The Motorola Defy actually has the highest Widevine L1 DRM, which is great to see, but also kind of a waste, given the phone's native 720p+ resolution. Netflix does successfully pick up the L1 certification, but only offers HD streaming. Anything more would be a waste.

Interestingly enough, Netflix says that there is no HDR support available on the Motorola Defy and indeed, its specs don't advertise any either. The panel in question is likely not capable of reproducing HDR even though on a software level, the phone does report HDR10 and HLG support.

The Motorola Defy has a 5,000 mAh battery at its disposal, matching the Motorola Moto G30, which we recently reviewed. In fact, both phones also use the same Snapdragon 662 chipset and have pretty similar HD+, 6.5-inch displays. The G30 can do 90Hz, but we have already proven in the past that the jump up from 60Hz to 90Hz rarely puts a noticeable strain on the battery with modern panels. All of this suggests that the Motorola Defy should have pretty similar battery endurance to the Moto G30 and that is indeed the case. 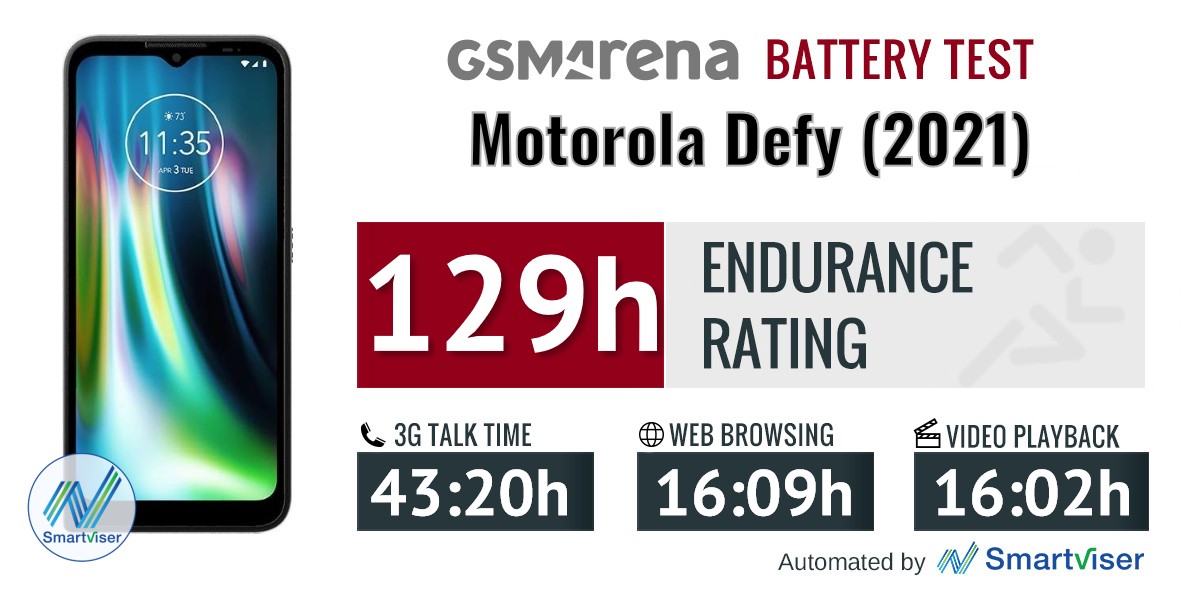 The Motorola Defy did great all around. It's modem is super efficient during both standby and calls, pushing it over 43 hours in the latter category. That's what you want to see from a phone that might often find itself away from mains power from prolonged periods of time. 16 hours or so in the two on-screen tests are also great. Overall, no complaints regarding battery life.

Expectedly, charging speeds between the two devices are just as similar as their battery endurance numbers. The Motorola Defy does seem to top off a tad slower, but the variance is within margin of error. Starting from zero, the Motorola Defy gets up to 31% in 30 minutes and a full charge takes a bit over two and a half hours. Hardly record-breaking numbers, but still a bit better than many budget devise out there.

The Motorola Defy has a single bottom-firing speaker at its disposal. Kind of disappointing, since a stereo setup can easily be had for this kind of money elsewhere. Even a hybrid stereo setup with the earpiece would have been appreciated. Just like the display, clearly compromises have been made to fit a rugged device within the price frame.

The speaker isn't particularly loud, nor incredibly richly sounding. The Motorola Defy has an equalizer for the loudspeaker, called Audio effects. It is quite flexible and you can dial-in a sound profile of your liking, but it can't do much to overcome the deficiencies of the speaker.

We did try out the default balanced present and it managed to slightly improve frequency response in the lows, while also decreasing the maximum loudness a bit in the process. Not by much, though.

Maybe a scam for office workers but definitely not for outdoor works. Regular phones don't survive a week or a month in a fish market or a coal mine. Even rugged phones die after a year of regular use on those harsh environments. Putting a rugg...

Ulefone does have a 500g rugged mobile phone, they are known as the Swiss Army Knife in mobile phones, Power Armor 13 with a capacity of 13,200 mAh.

ulefone is a low end chinese junk,this one at least is made by lenovo which is not that bad