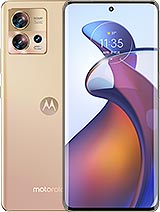 Anonymous, 10 Jan 2023This is such an ugly phone. Reminding me of 5 year olld Hua... morewhich one exactly?

Anyone know if they are, or will be, selling the blue version in the UK?

This is such an ugly phone. Reminding me of 5 year olld Huawei's.

adrian, 07 Dec 2022Hi, I want to change my phone and I'm oscillating betw... moreHonor 70 have inferior SoC and Edge 30 Fusion is mamma for Honor 70 so get and grab Edge 30 Fusion. Think about memory. It would be fine to buy an 8/256GB version. 8GB is enough if don't play a couple games opened at once, so get and grab.
My recommendation for Edge 30 Fusion!
P.S. Battery life always depends only from Your way of using it.

Jreid2k, 19 Dec 2022The global Rom does not support Netflix or Hulu. I couldn&#... moreThat`s not true, another wrong statement about Fusion 30. Just activated my Netflix account on my Moto Fusion, normally installed it from Google play. People should not read comments from haters.

Officially done with Motorola. I ordered the Blue 12gb 256 storage model from their official website on the 12/12 with a said delivery date of 12/20. after calling them on the 20 to inquire because of no shipping updates they cancelled my order and issued a refund. Talk about poor logistics.

Hadib80, 01 Dec 2022Chinese Rom is better !? How is it possible !! The global Rom does not support Netflix or Hulu. I couldn't even find an ApK that worked. Everything else on the Global Rom version worked fine.

Update on the Chinese Rom is that it has problems recieving group text. They won't show up at all. I sold it and now I'm waiting on the Official U.S. version that out of nowhere got announced. Typical Motorola will miss the promised delivery date. I hope this on works with no problems because it's priced at a premium for a mid range phone.

Jreid2k, 17 Nov 2022Picked up the Motorola S30 Pro from Ali Express when I got ... moreThat changed my dude, you finally got the Edge 30 Fusion in the States now, and they even gave the phone Viva Magenta, Pantone's Color of The Year for 2023

Hi, I want to change my phone and I'm oscillating between this motorola and the honor 70. Which would be the better choice? I am especially interested in the cameras and autonomy.
Thank you!

Anonymous, 09 Sep 2022Well that's why practical people never buy "flags... moreCompanies when they see this: let's change that by removing the features from the midrangers!

Jreid2k, 27 Nov 2022Switching from the Global Rom to the Chinese version is mu... moreChinese Rom is better !? How is it possible !!

Sale, 13 Sep 2022If this phone have dual app or app clone? A need dual viber app.No it doesn't have dual app feature, but you can download dual space or similar apps from play store im order to use 2 whatsapp, 2 viber, 2 fb etc in a same mobile.

I wanna buy this phone . Camera is important for me . Anybody use this phone how is the camera ?
I already have Moto edge 20 pro but 108mp is not good . The photos are not as good as my old Moto z2 force ! . Photos are blurry on edge 20 pro !
What about this phone ?

Jreid2k, 17 Nov 2022Picked up the Motorola S30 Pro from Ali Express when I got ... moreSwitching from the Global Rom to the Chinese version is much better. I was able to delete all the foreign apps and installed the Playstrore. Everything works much better and I even found Netflix in the Playstrore. It supports TMobile and At&t bands in the U.S.

Picked up the Motorola S30 Pro from Ali Express when I got impatient waiting for the Fusion. Only problem was for some reason it didn't support Netflix or Hulu. It 's a blazing fast phone on 5G with excellent battery life. I don't know why Motorola hasn't released the Fusion in the states. In my opinion this is the best midsize phone out now. Unfortunately the price ranges on Ebay are extremely high. The thiness and in hand feel with slightly curved screen makes this phone stand out.