The Motorola Edge 30 lineup came in two parts this year. From March through May, the company introduced the vanilla Edge 30 and Edge 30 Pro, whereas the Edge 30 Neo, Fusion, and Ultra arrived in the second half of the year with slightly different designs and brought a bit more to the table.

The subject of this review is the Edge 30 Neo, which is the most affordable of the bunch, but aside from the Snapdragon 695 SoC, the device comes off as a well-rounded device, which arrives in a market segment that's relatively unsaturated. Surely, there are quite a few alternatives price-wise, but the size of the Edge 30 Neo makes it somewhat unique.

There aren't many compact phones to choose from, especially in the mid-range class, so the Neo is a breath of fresh air of sorts. And it's also running quite capable hardware. The 6.28-inch, 120Hz OLED display is not only fast but bright as well. Memory configurations start at 6GB/128GB, the main camera is 64MP with OIS, and the secondary ultrawide camera uses a much-appreciated 13MP sensor instead of the overused and underwhelming 8MP one.

There's also a pair of stereo speakers, an under-display fingerprint reader and a respectable 4,020 mAh battery supporting not only 68W fast charging but also wireless charging. For some, 4,020 mAh capacity might not sound a lot, but as it's the case with compact smartphones, some compromises are needed, and battery capacity is often the first to go. 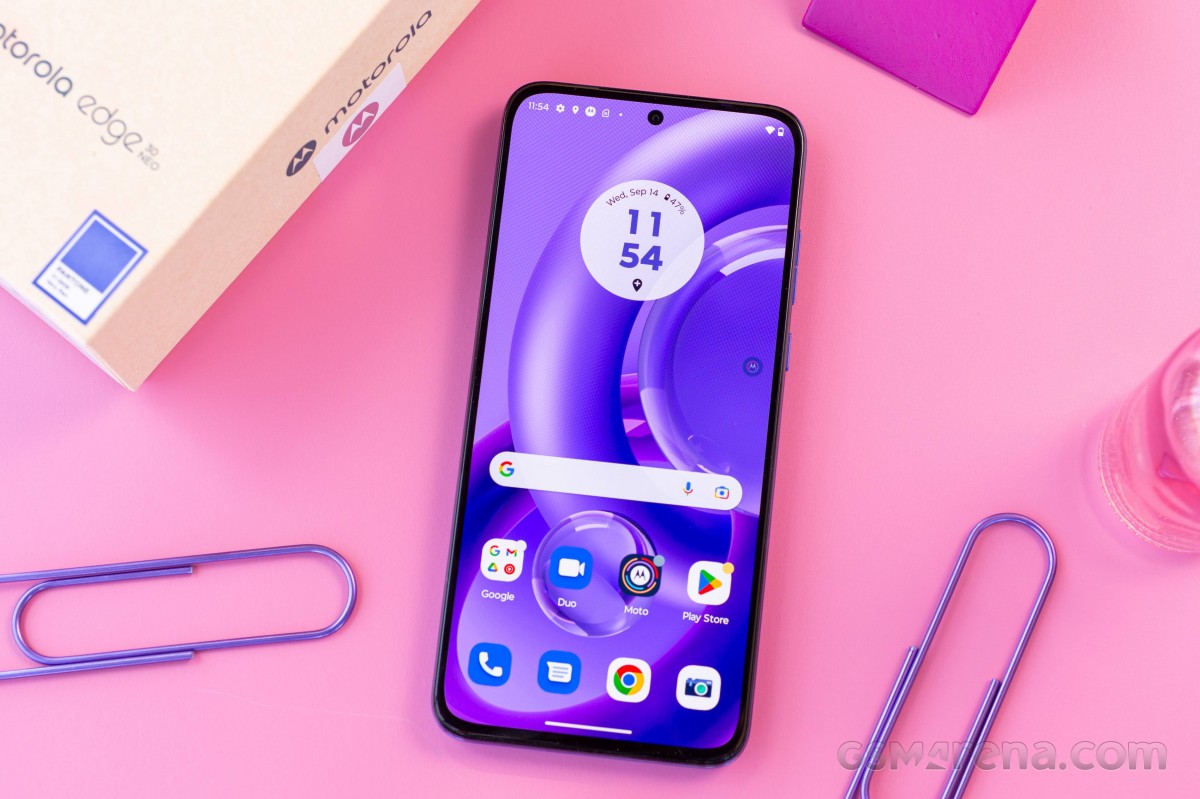 In addition to the rare features in the budget class outlined above, the Edge 30 Neo is one of the few devices running a clean Android OS. This has always been a key selling point for Motorola phones, so you can add that to the list of advantages as well.

It's evident that the Edge 30 Neo wants to stand out from the crowd with more than just a couple of quirky features. On paper, the Neo should appeal to anyone looking for a compact phone with pure Android. Still, Motorola's competitor holds several key hardware advantages over its rivals, and we take a deeper dive into the next pages to see if it's worth your hard-earned money.

The Motorola Edge 30 Neo comes in eco-friendly packaging with seemingly recycled paper. It holds the usual set of user manuals, a wall charger rated at 68W and a USB-C to USB-C cable for data transfer and charging. 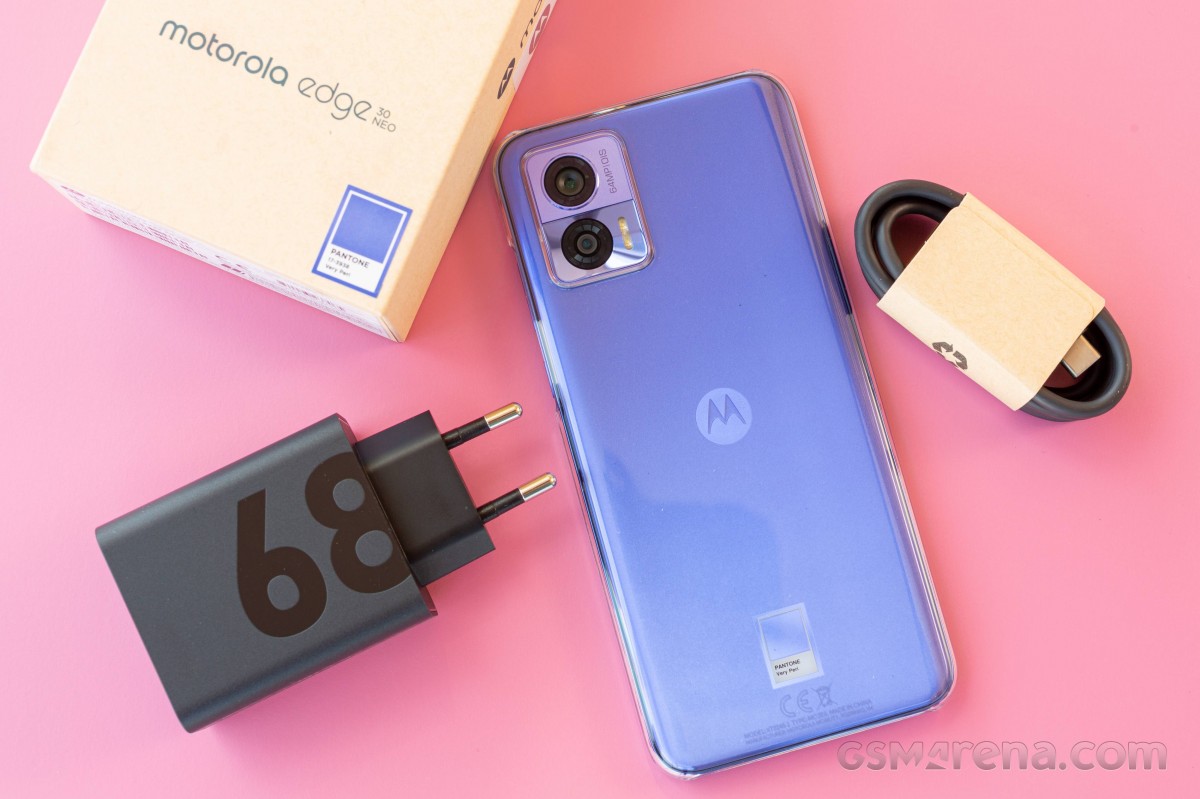 There's also a transparent, hard case instead of your regular soft silicone covers that OEMs usually ship with their phones.

What are the haptics and camera like compared to the 12x.?

Just one complaint… addicted now to my phone 📞📞. How I missed my compacts

Mostly accidental touches from curves. Increased to maximum the ignore area but they drove me nuts. Loved the size loved the screen, phone does feel more premium compared to moto (glass metal). But now I would not change back, this one is feather lig...