Ah, the Galaxy Note Edge - the iconic smartphone that started us on a trend, which now means all Samsung top-tier phones come with at least some curvature on their displays. That was in 2014, almost as far back in time as the last Motorola flagship. Okay, technically, that was in 2017 with the Moto Z2 Force, but 3 years is still ages in this industry. In any case, we have the Motorola Edge+ here with us, with display curves that don't quite match the Note Edge's, but are still pretty impressive. 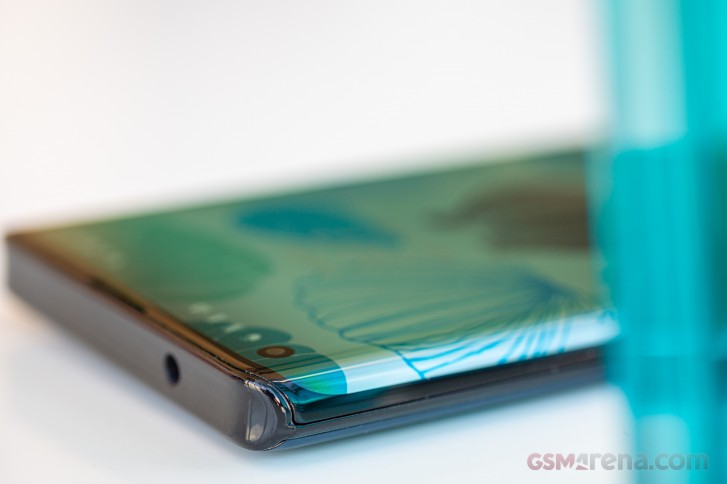 It's the single most distinct design element of the Edge,+ and it's one we really like - strictly from a design standpoint, that is. Curved displays are always going to be cooler than plain flat ones in our book, and as curves go, the ones on the Edge+ are only matched by the Mate 30 Pro and the vivo NEX 3. And the Motorola Edge non-plus, of course. 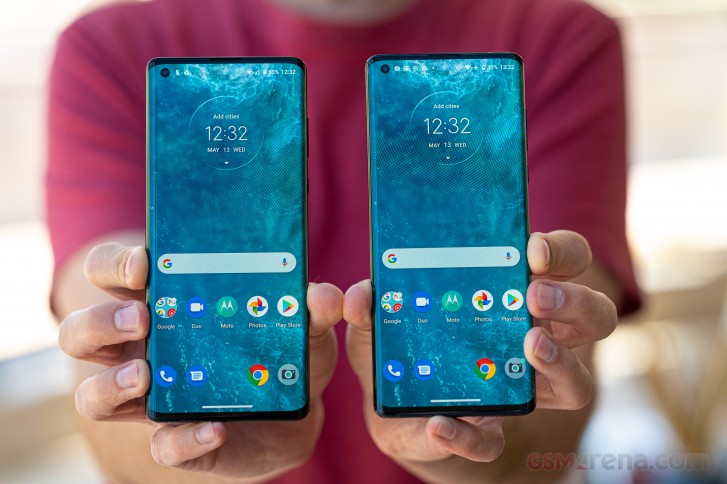 The display has virtually no borders on the sides with some more bezels top and bottom. The top one has a cutout through which the earpiece/second speaker fires and it doesn't have a grille or a mesh covering it, and we can imagine that will get filled with lint as time goes by. 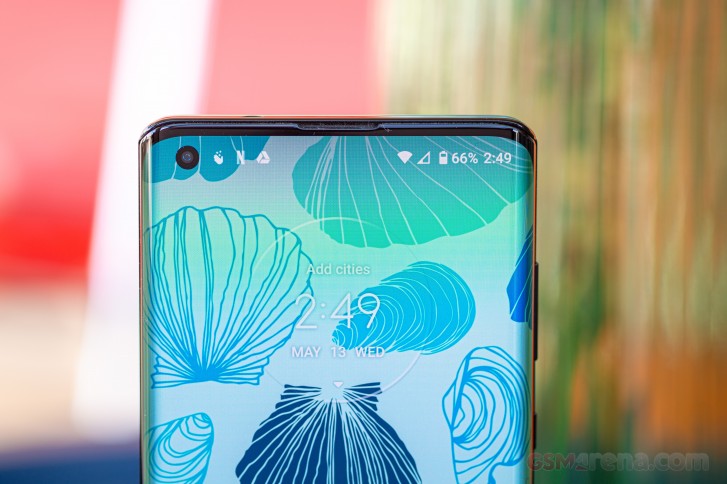 What Motorola calls Endless Edge display does eventually end, but it's way past the middle of the sides. Technically, however, the actual display stops a bit higher while the glass reaches down some 2mm more. It's met there by the thin edge of the aluminum midframe that sticks out just a bit. With the frame this thin, the buttons do end up on the small side as well, but at least they do click nicely. 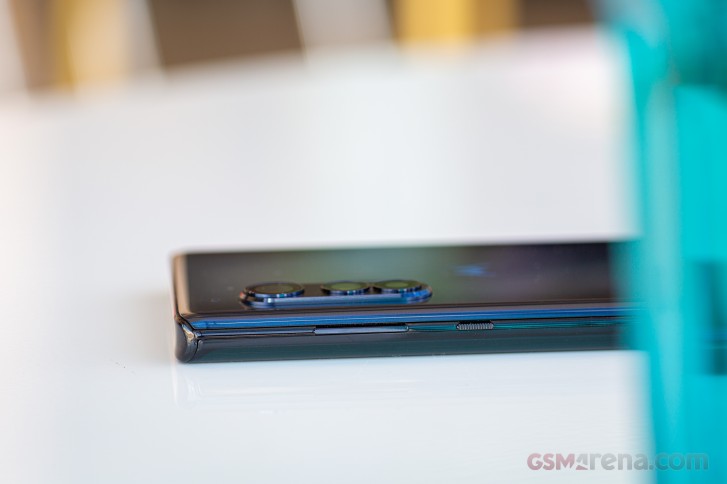 There's a lot more of the frame exposed on the top and bottom of the phone and there it's looking like it's covered in some thick finish that robs it of some premium points. For what it's worth, the top and bottom are flat enough for the Edge+ to be able to stand upright. It's a rather precarious balancing act, but it will stand nonetheless.

Down on the bottom, you'll find the USB-C port with the main loudspeaker to one side and the primary mic and the SIM slot to the other. The Edge+ only comes in single-SIM trim and there's no option for memory expansion either, so it's a tiny tray. Up top, a welcome surprise awaits - there's a headphone jack. On a flagship. Yay!

Single-SIM slot on the bottom  3.5mm jack up top

The back of the Edge+ is made of glass, unlike the plastic-backed Edge. Whether it's Gorilla Glass 5 as the front, we're not entirely certain. Our Baltic Gray review unit is more blue to our eyes, but marketing colors rarely work like real colors. It has a nice vignette effect towards the sides and Motorola bat logo as an accent in the middle. 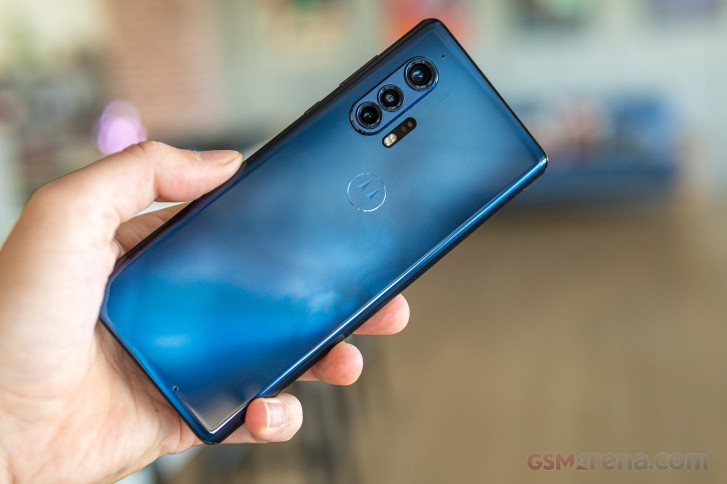 Onto that camera bump. It's quite the chunky assembly and sticks out by a millimeter, with each module's metal ring protruding a further 0.7mm. The whole thing does make the Edge+ prone to wobbling. The way they've made the case, that too doesn't help with the wobble, though it does protect the cameras. A ToF pair keeps company to the dual LED flash and those sit flush with the back panel. 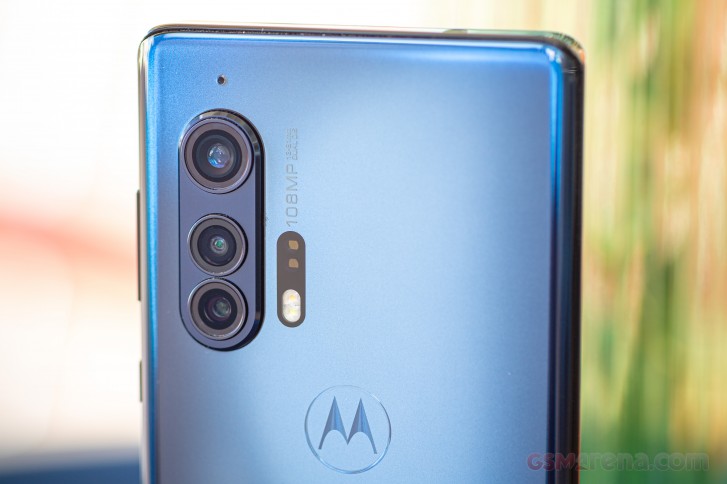 The Motorola Edge+ measures 161.1x71.4x9.6mm and weighs in at 203g. It's on the thick side of average, but that 5,000mAh battery had to go somewhere. The Edge+ does have a more premium in-hand feel than the non-plus, in part due to the glass on the back, in part due to the extra heft. 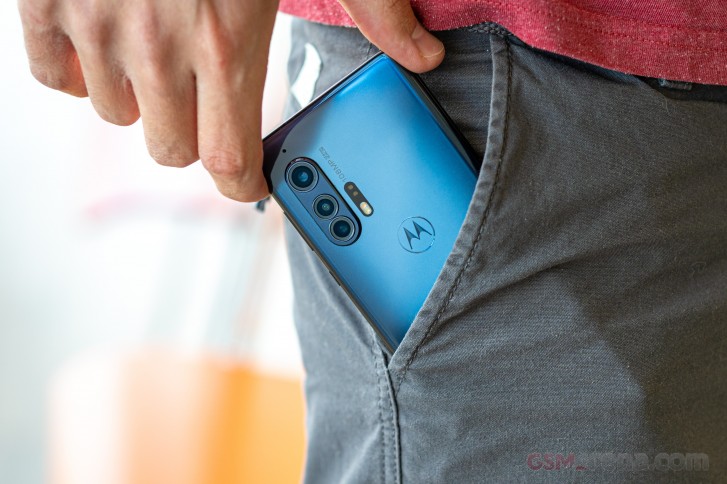 One notable omission on the Edge+ is proper dust and water protection. Motorola promo materials state it has a 'Water repellent design', and they specifically say it should be fine in the event of water spills, splashes, and light rain. Submersion is a no-no, however. Out of the flagships on the market today, only the Mi 10 Pro comes without an IP68 rating. 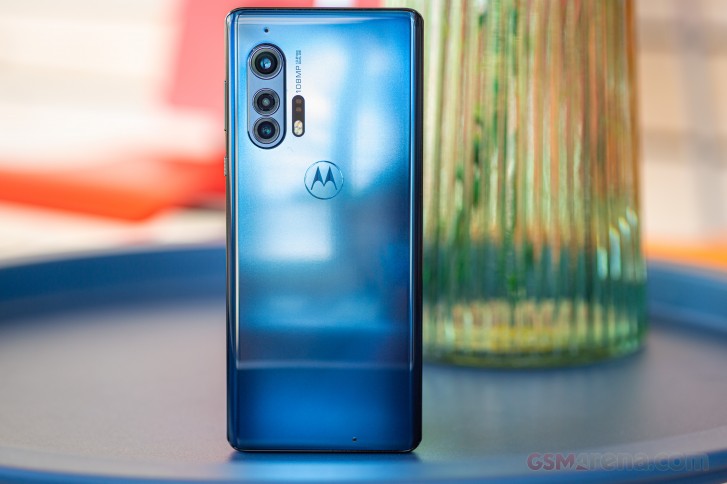 The Edge+ does feature a nice under display fingerprint reader of the optical variety that offers a pleasingly quick and reliable unlocking experience. It's worth pointing out that the sensor is always on, sort of - even if it's not lit up before you touch it, it'll quickly engage and light up once it detects a finger. It's one better than having to wake up the phone first. 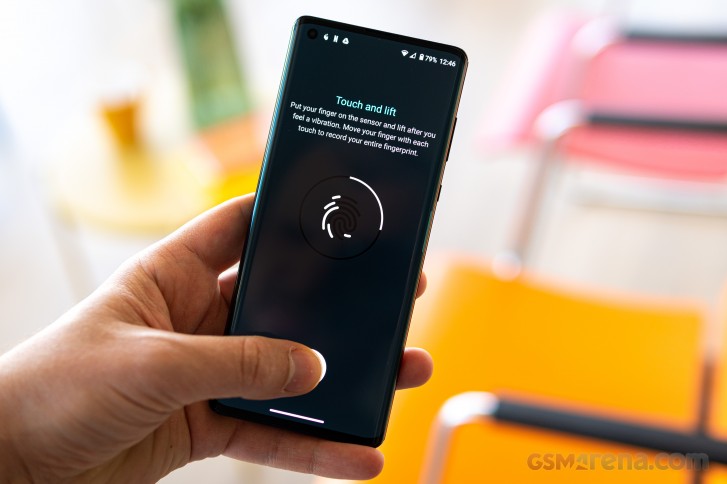 If you noticed, the phones you mentioned are ÂoldÂ phones. 2020 and forward, the trend is shifting away from these extreme curved edges. Samsung, the originator of the trend back in 2014, is already moving away from it. The Chinese, being copycats,...