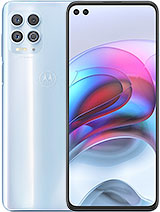 Android 12 came to this phone today!

BudgetGuy, 28 Jan 2021Too tall, too heavy, and who tf needs 2 selfie cameras? Eve... moreI purchased a moto g100 when Motorola USA first offered it for sale. The model of the United States got is xt2125-4 Nio North American retail. No carrier sells it it only fully works on T-Mobile network. You can use AT&t but the 5G doesn't work. In the cool thing about one of those two selfie cameras is one of them has a ring flash around it. And the North American retail version came with gorilla Glass 3 USB 3.0 and it sold for $599

What up, 07 Feb 2021Why do they need a depth sensor when they already have ToF.... moreBecause Google no longer supports tof. Their explanation is why have an extra sensor that only does one thing when we can replace it with the sensor that does three things. And the only people that this will affect are Android developers.

nick, 23 Feb 2021they dont have any market anywhere lolGoing on into the second quarter here in the United States Motorola now is ranked number three as far as sales

Jdogg4089, 19 Mar 2021The snapdragon 870 used low-power ddr5 ram. Although this p... moreThe built-in memory controller supports LPDDR5 with up to 2,750 MHz and LPDDR4X with 2,133 MHz. This information was taken directly from Qualcomm

John, 10 Jun 2021I am really tempted to get this phone mainly because of its... moreIf not possible just go for Internasional one Motorola Moto G100 because of Android 12 update... if i know i already buy that G100 one...

When does this model want to get android 12? Isn't the Motorola Moto G100 the only thing that differentiates the Edge S and the G100 is the Edge S is a Chinese model and the G100 is an International model ... But its interior is the same and as much as there is nothing less and more. The question is why there is no android 12 for this Edge S model?

LC, 26 Jul 2021Yes, actually! I have an unfortunate issue of not getting n... moreApp info>Battery>Battery optimization>All apps, select Don't optimize for every app. Also Facebook apps have problems with notifications in a lot of devices. This comes by default on chinese phones like Xiaomi, maybe to avoid battery draining issues.

Anonymous, 20 Jan 2022Thats becoz this is China variant with limited network band... moreJust to be clear, NFC does work just fine if you leave the ROM and bootloader alone.

Anonymous, 03 Dec 2021Does not work on Boost Mobile but does work on T-Mobile. Co... moreThats becoz this is China variant with limited network bands & not global g100. Even flashing global firmware wont fixit. NFC wont work & some functions become buggy due to unlocked bootloader.

The performance is insane. Despite it comes with 20w but the turbo charge helps too. The bezzel looks huge but phone is perfect. I think the rom is not that fully optimized to the battery but it's all okay. With this price I had $216 and this specs, it's really good.

Does not work on Boost Mobile but does work on T-Mobile. Comes with USB C 2.0 Cable so transfer speeds are very slow. Am using the Global (Moto G100) ROM.

damn I never expected anyone to be able to undercut xiaomi... this is beyond impressive

Using Motorola ,for the first the battery have good SOC .but now after 6 month its drain with fast, i dont know wtf with this phone..

Too bad they don't sell in rusia :(

Anonymous, 24 Jul 2021FM radio usually only on the budget models existLG and ASUS would like to have a word with you about that.