Last month we heard about an upcoming Motorola flagship set to debut Samsung’s 200MP ISOCELL HP1 camera sensor and Snapdragon 8 Gen 1 Plus chipset and we finally have our first look at the device. The folks over at WinFuture have obtained an official looking image of the Motorola Frontier 22 alongside more confirmation of its key specs. 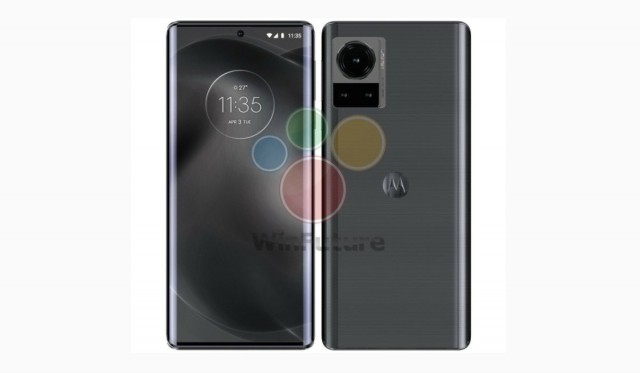 The phone features an eye-striking camera bump with a huge cutout for the alleged 200MP main cam. That sensor is said to feature OIS and will be joined by a 50MP ultrawide snapper and 12MP telephoto module capable of 2x optical zoom. The front packs a curved 6.67-inch pOLED with a 144Hz refresh rate and a 60MP selfie cam. Elsewhere we get confirmation of the Snapdragon 8 Gen 1 Plus chipset which will be paired with 8/12GB RAM and 128/256GB storage.

4,500 mAh battery with 125W wired charging and wireless charging which will vary between 30W and 50W speeds. The software side will be covered by Android 12 with Motorola’s MyUX interface on top. Motorola Frontier is expected to launch in July but pricing details are not yet available.

Now, can you please add actual waterproof on it? I can't and won't buy one without good IP rating because I really need it.

The phone specs are good, but for the aspect of the battery is not enough, let the Motorola Company increase the battery capacity to 6000mah and let Company also use pop up camera for the front, as selfie camera.