Motorola is working on two phones with “waterfall” displays – that’s the common name for displays with extreme side curvature. Still, judging by the photos, the display isn’t quite as curved as the one on the Huawei Mare 30 Pro or vivo Nex 3 5G.

This leaves enough room for a hardware volume rocker on the side, great news for those who think Huawei’s double tap solution doesn’t work particularly well. The punch hole for the selfie camera in the upper front seems smaller than the one on the One Vision and One Action.

Anyway, it seems that this 6.67” waterfall display with 1080p resolution will run at 90Hz and will be shared between two devices. One of them is almost certainly the Motorola Edge+ for Verizon – a flagship powered by a Snapdragon 865 chipset with 12GB of RAM. It’s codenamed “burton” and is expected to have a 5,169mAh battery. 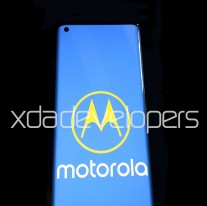 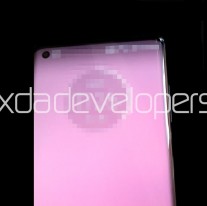 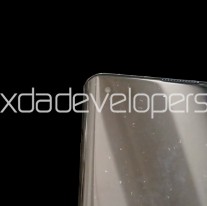 The other phone will be a premium mid-ranger – dubbed “racer 5G”, it will use a Snapdragon 735(G) chipset. As the name suggests, it will feature 5G connectivity, but the Edge+ almost certainly will as well (Verizon is busy expanding and promoting its new 5G network).

Insiders have supplied XDA Developers a few more details about this one. It will have a 48MP main camera module, 4,660mAh battery and it will start at 6GB of RAM and 128GB storage.

These phones will be sold under the Moto One brand outside of Verizon. Their exact retail names as well as the branding for the waterfall display are still to be confirmed (e.g. Huawei uses the term “Horizon display”, Motorola will likely have its own trademarked name for it).

According to XDA info, the curved sides of the screen will be utilized for the Moto Edge Assistant feature. One use will be to assign gestures to a double-tap (e.g. switching between apps). There’s also Moto Gametime, which can block notifications and lock the screen brightness. Finally, Moto Audio will automatically adjust the equalizer settings to match the current audio content (with custom profiles and presets for music, gaming and so on).

Motorola’s MWC event on February 23 is expected to bring a flagship and three more phones – it’s probably these two plus two new members of the G-series (Moto G8 and G Stylus).

I was a Motorola lover once upon a time.But it has failed to meet demand..But i think it will back again in its track...i have seen a post of this upcoming phone https://itechtuition.com/5g-capable-phones/ here.But when it will release i dont know..C...