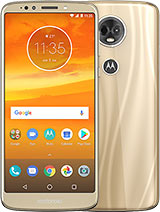 recently i cant make any calls but i can still text. AT&T sent a text saying this phone will no longer work with there network

June, 25 Feb 2022I've had this phone for 3 years. No problems at all. ... moreWhich carrier are you with because my phone has stopped since the change a few weeks ago. AT&T, T-Mobile, Sprint, and Verizon all refuse my Moto e5 plus. Every attempt to complain to Motorola / Lenovo has ended now with them not replying to me. SO, how were you able to keep your phone working???????????

I've had this phone for 3 years. No problems at all. It has worked perfectly. I tried a newer operating system and hated it and don't use the newer phone at all. This is a perfectly usable phone for almost anyone unless you are into heavy, heavy use and want a lot of speed for games. I would like a better battery life, but that's the only thing that would be an improvement for the average user.

I've had this phone for over 3 years and love it. No problems at all. The camera takes really great pictures. My husband has the exact same phone and loves how the speakers are loud enough as he has a hearing problem. I just wish I could find out if this is a 4G phone. I know they will do away with 3G soon. I can't find anything online about this.

can this phone be reset ?

My Current Phone... It Still works after a few years of using it!

Anonymous31415926535, 28 Mar 2021I've had this for almost 3 years with screen protector... moreI still have my E5 plus and it still works perfectly fine i only had to reset it once because the connection went out at work a little slow on data depends on your data plan but over all it's a good phone!

I've had this for almost 3 years with screen protector and protective case. While the phone has been reliable, I recently took it out of the case and found that the back of the case had detached from the bottom of the phone, though it was attached on the top of the phone. This looks like a case of defect in manufacture or planned obsolescence to sell more phones. The unit is reliable, and has functioned well. The SD card slot is great and works well, but not a lot of programs can/will use it. The card is separate memory from the phone itself, rather than an extension of the phone's memory. If you want to install a lot of apps, I'd recommend buying a phone with more native memory installed. The phone uses android 8, and it doesn't look like this will ever be updated to a more modern version; though there are updates to the OS made available (in Spanish on my phone for some reason).

Overall, I would buy this phone again, but I am concerned with the phone's back coming undone like this. It is a reliable phone and a good value for the money; though I wish it was a bit more ruggedly built.

:Phone worked for 2 years then the wifi started going out not receiving texts or pictures
consistenly

This phone is so bad in working. Please don't buy Motorola cell phones in future. Why they drop their quality level

I have been using this phone for personal and business for the past year and just love it!!! It's a comfortable size, has a great camera, front and rear, and has good color and graphics. Would not hesitate to buy it all over again and it is priced so reasonably you can't go wrong unless you just want to spend a fortune for a bigger name brand.

If your looking for a phone i wouldn't say "Buy this one!" But if you want to go ahead ig. Its not built to run games, so some games are laggy but if your not playing a high level graphical game like pubg or something it shouldn't really have a problem is what I find. It works amazingly when im just going in between apps and cruising the internet on twitter and stuff. Its large screen however only gives 720p is quite astounding. Its a good phone, but theres definitely better phones out there for a better price imo

Very bad experience...pathetic.... got this new phone in 2018 with problems within 2 months of use with touch screen.... since was under warranty the company changed the handset which was beyond repair at service center.... again after warrant period expired incurred sound problem + touch screen problem + charging problem and what not.... total scrap and the company refuses to hear any thing, wants abnormal charges to repair....

Please, could someone help me with the data of terminal Motorola e5 plus XT1924-9

Motorola is an icon in the world of mobile communications. Any assessments addressed to them are buzzing flies.
I am using this phone model. Just because I research the market on a regular basis, and I don't see a replacement for it today.
Of course, this smartphone is not a flagship, but it has everything you need. It is a pity that you cannot update it to the actual version of Android. However, even with the version of Android 8, everything works fine in it.
Sometimes you just need to ignore the "arms race" and just enjoy the good things in our world.

Piece of shit. The only thing I can do is receive and make phone calls. Internet never worked