Glossy is what we'd pick if we had to describe the Moto G6 with just one word. And by glossy, we mean shiny, specular, and slippery. The Moto G6 is yet another smartphone made of glass with a metal frame to hold those pieces together. 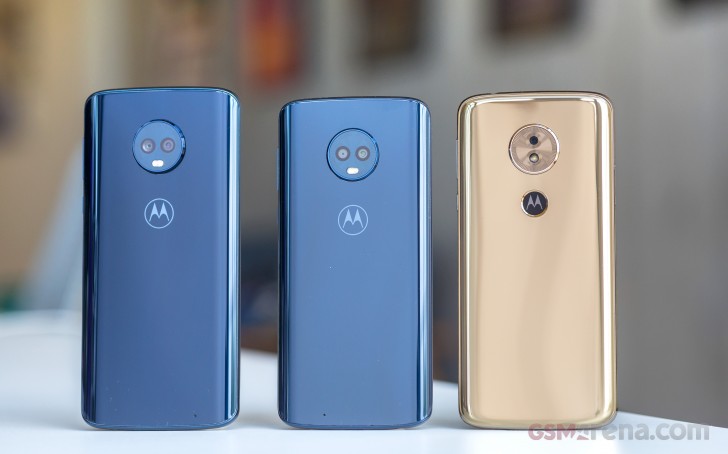 The glass phones overtook the metal ones in both flagship and budget series. Once considered a luxury, now anyone can have a glass device. And the Moto G6 is doing it the right way - with sturdy Gorilla Glass 3 panels for both the front and the back.

The Moto G6 is as big as the Moto G6 Play but is 1cm taller than the Moto G5 because of the new screen.

The new 5.7" tall screen makes up for most of the front. A large grille covers the earpiece on top, flanked by the 8MP selfie shooter and its LED flash. The fingerprint reader is at the bottom chin. It's always-on and is quite fast and accurate. Just like on other Moto Gs, the one on the G6 also doubles as navigation deck for Android that works with various gestures. The metal frame has been sprayed with the same paint as the rear glass but has an all-glossy finish. While this approach makes for a consistently good-looking body, it hurts the grip and the G6 is very slippery. We used the phone mostly with the rubber case on, even though it takes away some of its beauty.

The back of the Moto G6 is quite Motorolish. There is the round camera hump that has the two snappers and the LED flash forming something of an emoji face. Nothing fancy but this placement has become somewhat of a signature for Motorola. 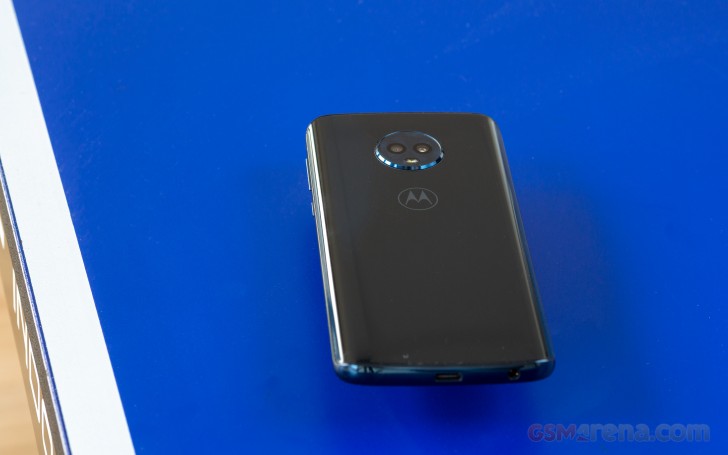 The Moto G6 is well equipped with ports and mics. The audio jack is here to stay, the USB is type-C, and the card slot is of the triple kind - two independent SIMs and a microSD. The earpiece doubles as a loudspeaker, which might be awkward at first, but this way it's harder tо jam it. And wait to hear how loud it is!

The design of the Moto G6 is nothing special, really. But it's been done in line with all current trends - glass body, tall screen, USB-C port, and Motorola has been kind enough to apply a water-repellent coating. While you can't swim with the Moto G6, this coating may as well save your phone during incidents. 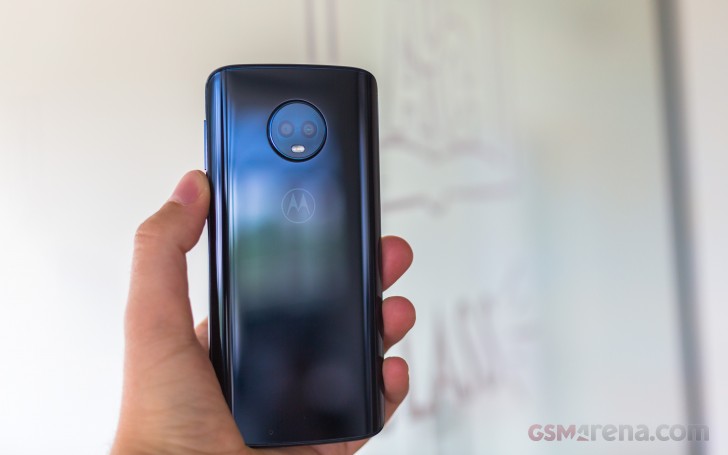 The Moto G6 is slippery and you should be careful when handling it. The rubber case help with that but it will also diminish the good looks. That's something valid for any glass phone lately though, so we are not really coming after the G6, we mention it just in case you wondered.

Excuse me? How did you know that?

You need to increase the sleep timing of your Moto g6 . Settings>display>advanced> sleep . Hope it would help or of that does not ,better factory reset your phone

I have yet to figure out why my screen goes to sleep every 8 seconds unless I am touching it. I can't pass the phone to anyone without telling them to keep touching the screen or I have to use my fingerprint to turn it back on. Aggravating.