You can't mistake the Moto G6 Plus for a phone by any other maker - the confused o_O face in the circular camera bump on the back can pretty much count as a signature. The circle has been around since the Moto Z in mid-2016, but it's the Moto X4 that lends the G6 Plus its flasher watch-like bezel with a radial pattern combined with concentric circles on the inside. 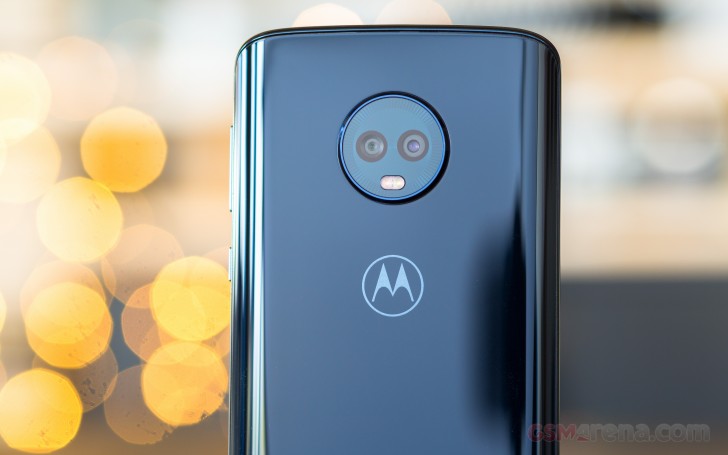 If the camera assembly is not enough, the stylized M on the back settles it pretty quickly - it's a Moto, alright. Like on the Moto G6, the Plus' M logo is just a drawing underneath the glass panel, Gorilla Glass 3 panel. The G6 Play is the outlier here, its logo printed on the recessed fingerprint sensor. 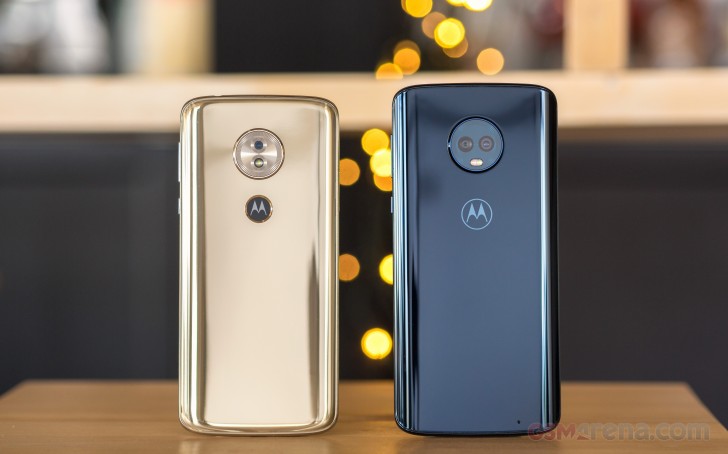 Family shot: Play and Plus


The Moto G6 Plus has a fingerprint reader of its own (of course it does), but it's on the front. It's a thin strip of a sensor that stretches wide along the bottom bezel enabling gesture navigation, but more on that in the software section. 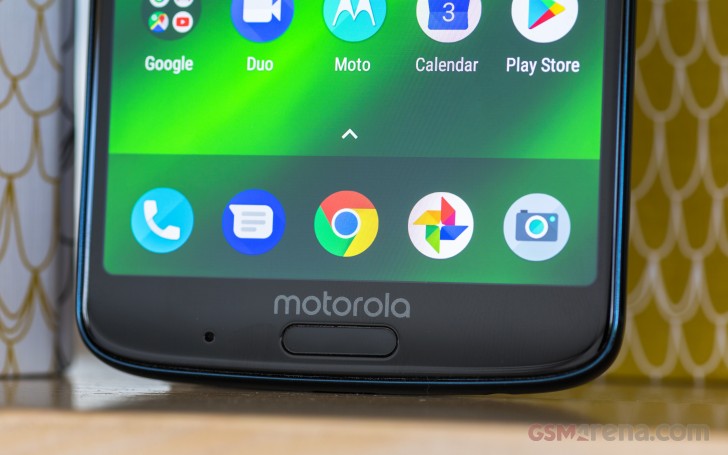 Above the sensor there's a Motorola logo in classic Motorola font - a perfect premise for a fight between logo haters and brand loyalists. There's a mic to the left of the fingerprint reader, the primary one.

The almost-6-inch display has rounded corners and is covered with a Gorilla Glass 3 layer, perhaps our favorite variety of Corning's products. Above the display there's the earpiece/loudspeaker in the middle - again, potentially the best place for just one speaker, yet not quite as good as two speakers, obviously. 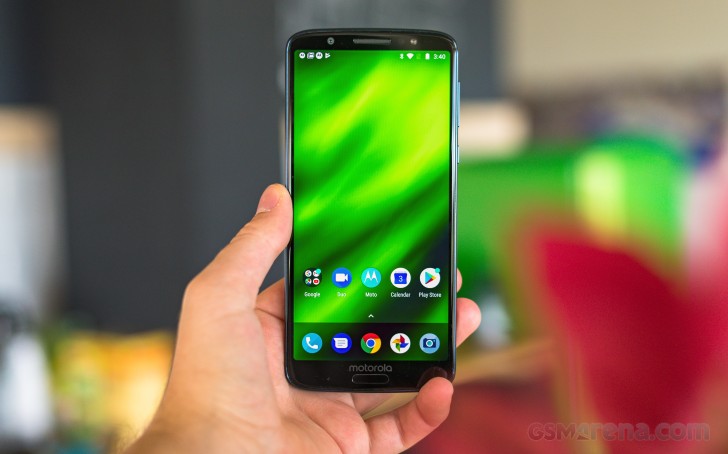 A host of other typical top-bezel stuff is around as well - there's the selfie camera on the left, and the ambient light and proximity sensors on the right. Oh, but there's also a not-so-typical feature - a front-facing flash. That is, not-so-typical for most makers - all three Moto G6s have it, as well as 21 more Motos in our database at the time of writing. That's all the LEDs on the front though - no notification/status light. 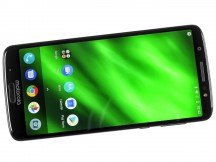 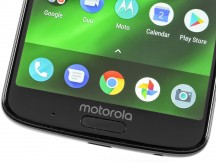 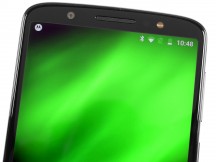 GG3-covered 18:9 display • Fingerprint reader and mic • Front-facing flash along with the usual stuff

The frame of the phone is made of plastic - the resemblance to the aluminum one of the Galaxy S8+ is there, but it's skin deep. 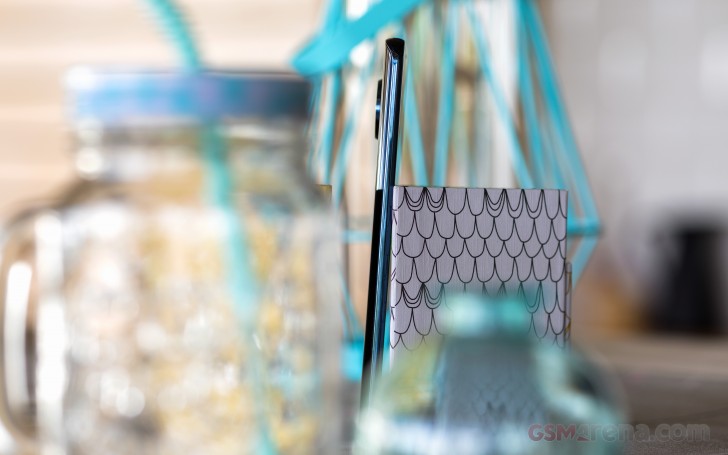 Up top is the card slot and it takes a lot of cards - our dual SIM model's tray has cutouts for two nano SIMs and a microSD card. We like memory card slots and we're particularly fond of dedicated ones on dual SIM models, if you've somehow missed that bit. There's another mic here as well.

Down on the bottom, there's no loudspeaker - for those that aren't following along. There is, however, a 3.5mm jack in the corner and a USB-C port dead center. 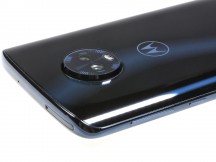 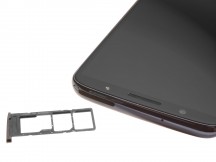 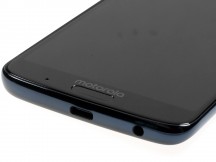 Controls on the side, card slot up top • One large card tray • USB-C port and 3.5mm jack on the bottom

The Moto G6 Plus measures 160 x 75.5 x 8 mm which is slightly taller than ideal (we blame them bezels), but not really huge. At just 167g it's also objectively light, plus it feels even lighter - maybe it's the plastic, maybe it's the sloping sides, likely it's both.

1/12/20 Since listed previous review has suddenly sprung a malfunction with bottom touch letterbox sensor resulting in black screen switching off on other functions sound etc ok Have 3 sprung pegs on bottom to keep screen on 2.3 yes old so Black ...

22/10/20 Motorola Moto G6+ userfrom NewZealand Can't say I've got lots to criticize as it is a competent allrounder. You want more ? pay extra then. Size is at maximum for hand hold. Exceptionally good clear sound from single speaker ...