After a few quite extensive leaks, it really did seem like there was little more to learn about Motorola's upcoming Moto G6 family. However, after both the Moto G6 and the Moto G6 Play made their respective pits tops at GeekBench, today the G6 Plus joined their ranks as well, with a slight twist. 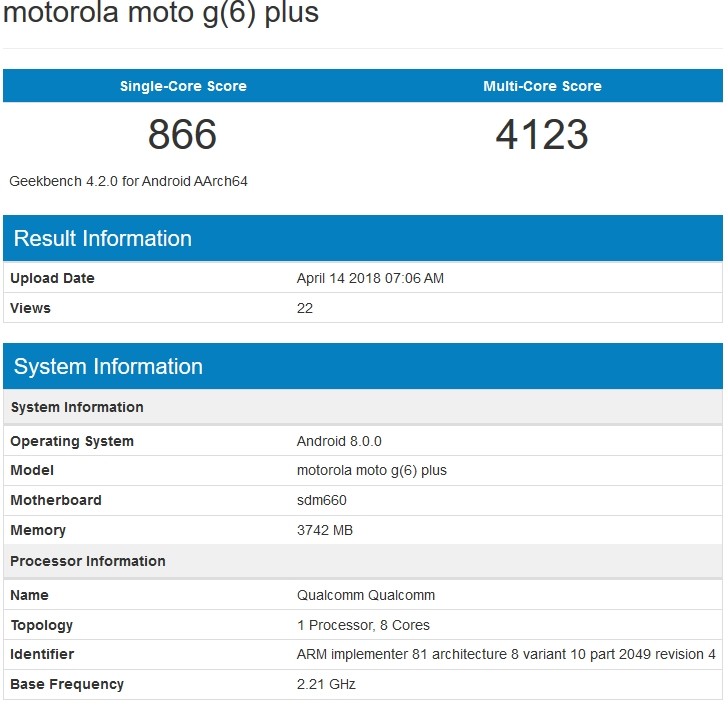 Instead of the Snapdragon 630, it was widely believed to utilize, according toe the benchmark, the tested unit was running a Snapdragon 660, at 2.21 GHz. That being said, the actual test scores themselves don't exactly pan out, since we would expect at least 5000+ multi-core points from said silicon. Still, it could be a case of early and unoptimized software. 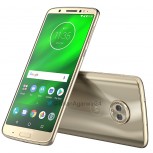 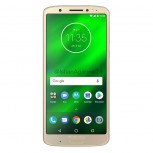 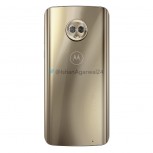 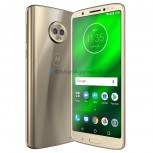 Moto G6 Plus in Gold

If the information does check out, it would entail a not entirely insignificant performance boost for the G6 Plus, from what was originally expected. As far as other alleged specs for the handset go, we expect a 5.93-inch, 18:9 screen with Full HD+ resolution, 4GB of RAM, as reported by the test, as well as a 6GB RAM option. Storage tiers should be 32GB and 64GB, respectively. To top things off, prospective buyers can expect a 12MP, plus 5MP dual camera setup, 3,200 mAh battery and a pretty standard connectivity load-out, including optional Dual SIM support.

The new Moto G6 line is expected to launch on April 19 in Brazil.

Moto G6 series expected to launch in Brazil on April 19

Moto G6 pops up on Geekbench

That's why Motorola patent save android from iphone, while nokia is selling Microsoft and dead twice

Just in your opinion, I assume. Both have nearly identical specs as well as performance in day to day use in many reviews. And only 1 of them is on oreo. any guesses?