This year's Plus has grown in size quite a bit now offering a big, 6.8-inch display using a tall 20:9 IPS LCD panel with 1080 x 2400px resolution. There's also an off-centered punch-hole for the front-facing camera in the upper-left corner. There are also no additional features such as high refresh rate. And typically for an LCD, there are some small halos around the bottom bezel and the hole for the camera. They can be seen only with bright-colored background. 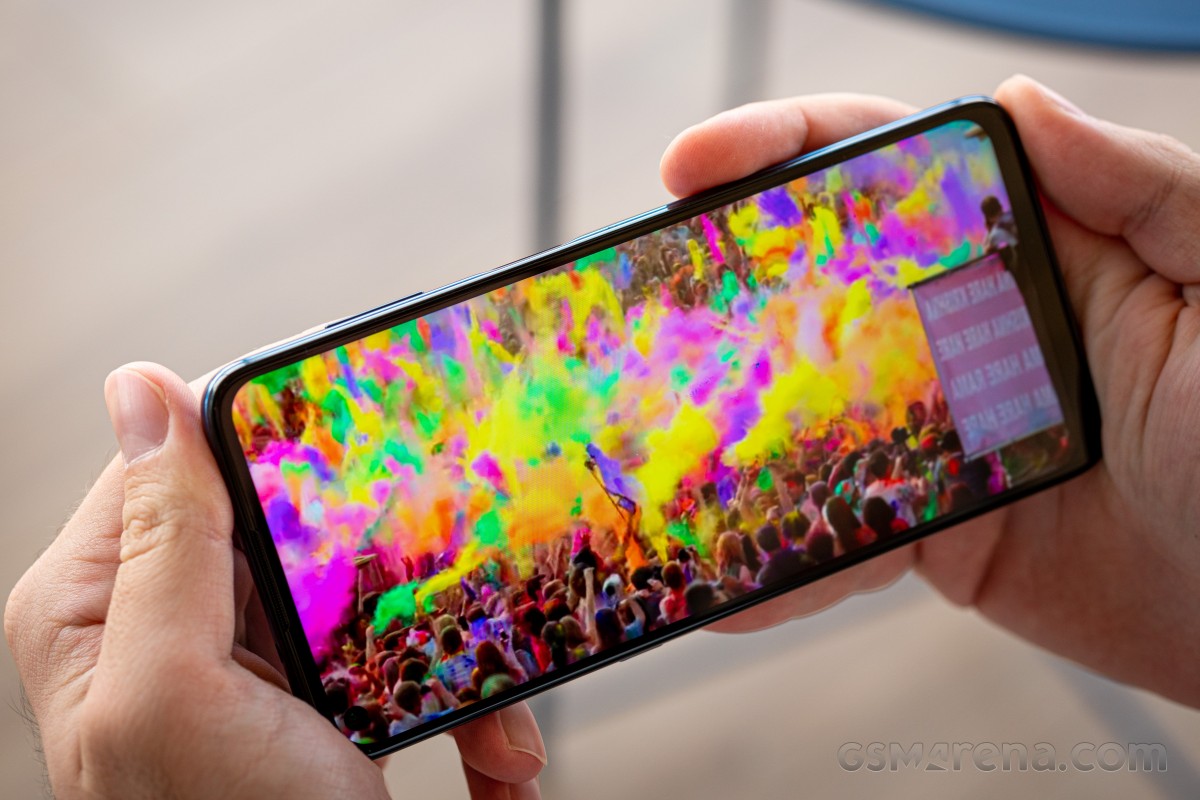 Speaking of brightness, we were able to record a maximum 427 nits with the slider cranked up while in auto mode, the display peaked at 522 nits. Not the best result around but it should still be enough to provide relatively comfortable viewing experience outside.

We were expecting good runtimes given the generous 5,000 mAh capacity but it seems like Motorola has worked hard on optimizing its software and also improving the standby, which has been an issue with Motorola phones for a long time. Since the chipset and the battery capacity of the Moto G9 Plus and the Motorola One Fusion+ are identical, it's no surprise that the overall score of 136h matches.

The screen-on times and the off-screen times are both great, even higher than expected. Usually phones with larger batteries post the same or slightly higher score. 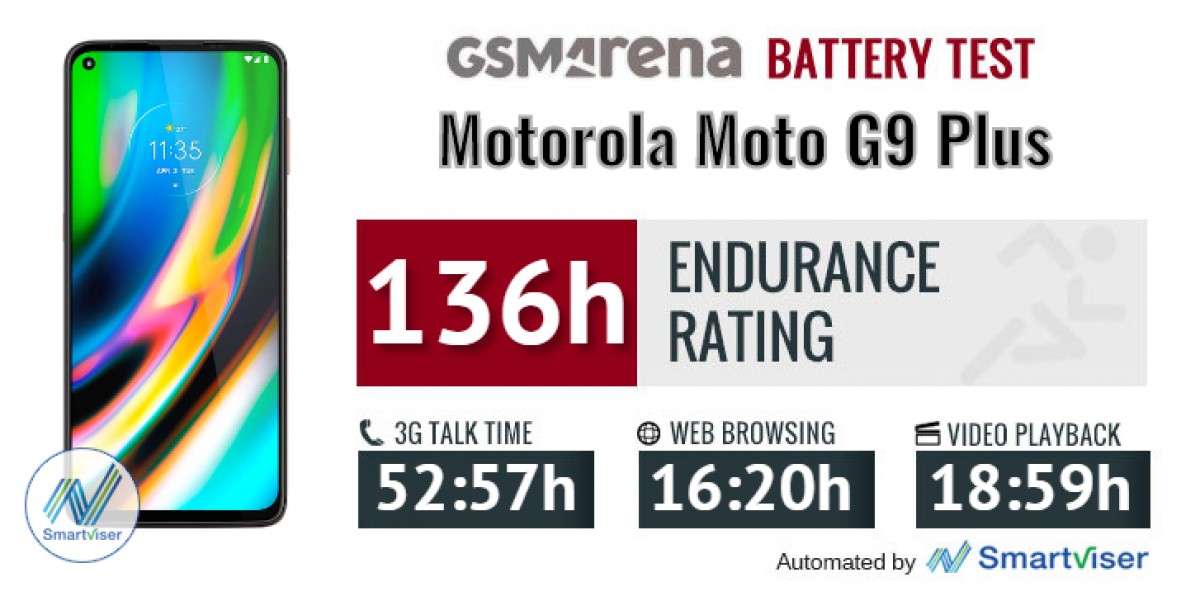 Our battery tests were automated thanks to SmartViser, using its viSer App. The endurance rating above denotes how long a single battery charge will last you if you use the Motorola Moto G9 Plus for an hour each of telephony, web browsing, and video playback daily. We've established this usage pattern so that our battery results are comparable across devices in the most common day-to-day tasks. The battery testing procedure is described in detail in case you're interested in the nitty-gritty. You can check out our complete battery test table, where you can see how all of the smartphones we've tested will compare under your own typical use.

The phone ships with a compatible 30W charger branded as TurboPower but can also charge over the Power Delivery 3.0 charging standard. In any case, with the provided charger, the G9 Plus got 54% of its battery in just 30 minutes while a full charge from 0 took about 1:15h. Compared to its rivals, this is about what you'd expect with the small exception of the Realme 7 Pro, which is doing exceptionally well in this regard.

We've already expressed our disappointment about not bringing back the stereo loudspeakers from the Moto G7 but the single, bottom-firing one isn't impressive itself either. At least as far as loudness goes. Otherwise if you are not cranking up the volume slider near maximum, you will be pleased with the clarity of the sound. Expectedly, the bass is virtually non-existent and the music lacks fullness .

I have to buy this fine sure

America? Is it Argentinian or Mexican? Canadian? 😂

More reliable at x4 the cost is not a virtue. Is it? By your comment anyway you haven't own a Xiaomi either. And... It's pears not peers. 😂