The Moto G9 Plus is an upcoming midrange offering from Motorola which is expected to be announced soon. It already appeared on TUV Rheinland's database which revealed its 4,700 mAh battery and 30W charging. Now, the same phone bearing the XT2087-1 model designation was spotted in the FCC database, the listing filling us in on more of its key hardware features. 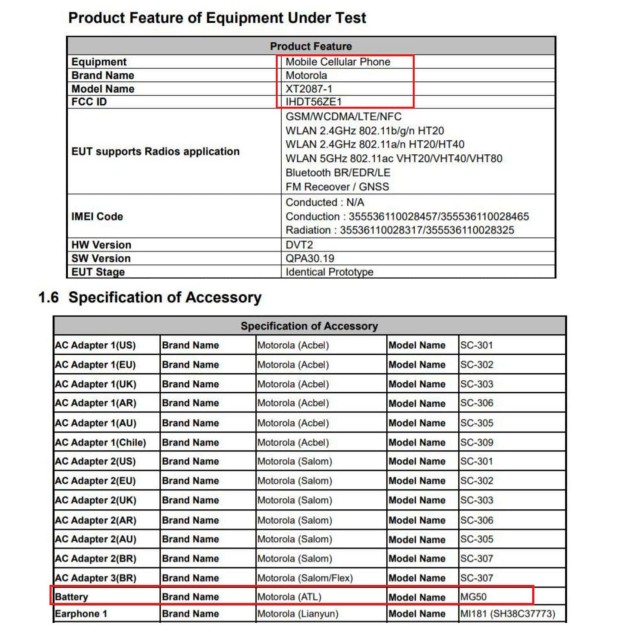 The G9 Plus will come with dual-band Wi-Fi, NFC and Bluetooth BR/EDR/LE. We can also see the handset will feature FM Radio support and a 4,700 mAh rated battery which bears the MG50 model number. The phone also appeared in a listing on a Spanish retailer which revealed a €277 price for the 4GB RAM and 128GB storage configuration. We’re expecting to see more details about the Moto G9 Plus in the coming weeks.

Moto G9 Play does Geekbench, has more CPU power and more RAM than the G8 Play

You could go the Moto G 5G Plus route, that one has a 765g and I wouldn't surprise me if it is same price or cheaper by the time G9 comes out.