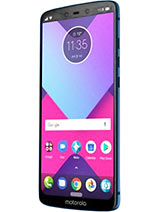 What's the latest on the X5? Coming or cancelled?

When Motorola launch Moto X5 in India...?
What is the Price around...?
Where is the Navigation Button is fixed...?
I am waiting for *official answers*

Moto X5 is taking long time time to release,
So i changing my mind to buy it.
i have been waiting from January.
I am disappointed.

Anonymous, 26 Feb 2018Does this utilize mods also? Like the Z2 does anyone know No...
Moto Mods are only exclusive to Moto Z variants.

Why are you always so late moto for launching phones .If it will launch along side mi a2 (mi 6x) will be going with mi with ois rather than this .

Utsav, 27 Jan 2018Why they stick to 12mp rear camera and continuously increasing f... moremegapixel count doesnt even matter in phone cameras. That is only required if you want to crop a certain part of image. Beyond 12mpx it is all a paper spec no visible difference in quality.

Real thing that decides how well the picture will come out - you always have to look for aperture value. Represented in terms of F number eg- f 2.0, f2.2

For Dslrs this is a variable no. and we can adjust but here in phones we cant. It is usually fixed. Smaller the number, better will be focusing capabilities of a camera, better bokeh in the background and better low light performance.

Now if you see aperture number (F number) in high end phones like galaxy s8 or s9, pixel 2, i phone, then you will realize how important it is and this number itself will give you idea that phone will have a better camera.

At minimum price moto g5 plus has f 1.7 which no other phone around carries and you if you can hold your phone well (because of lack of optical stabilising) the results will be very similar to that of those flagship phones. No phone in its range or even higher range can compete with it be it g5s plus, xiaomi mia1 or even far more costly moto x5. This single unit camera of g5 plus can outperform any of its costlier competitors if you can hold it properly and learn a lil bit of framing and manual mode. (it is costing 11k inr currently which is a bang for buck if you are a camera enthusiast) or if you are looking for a costlier alternative with other specs also on par then also you have to check for F number before seeing other specs.

Congratulations to Motorola . This is the first time that Motorola is finding itself outside the USA in new land China . But hopefully infrared and USB 3.1 haven't been forgotten and re-corrections will have been done before its release ! Isn't corning gorilla glass 5 better for Motorola first ascent with pure android being called android one !!! Thanks for Motorola endeavors....fhd is normal for this newly innovation ! Waiting for better and best in?its new homeland....Justice Rights moral guidelines is encouragement in beautiful plausible language....

I really want a AMOLED phone to replace my Lenovo P2

Utsav, 27 Jan 2018Why they stick to 12mp rear camera and continuously increasing f... moreIts a dual 12Mb camera, the quality is higher than a 20Mb single unit.

Why they stick to 12mp rear camera and continuously increasing front camera.

I love the design... simply amazing