The Moto Z3 adopts the same design language that we saw on the already available Moto Z3 Play, so there are no surprises here. The screen got an upgrade in size and aspect ratio, but a downgrade in resolution. The fingerprint scanner has moved to the right while the power key moved over to the left side. 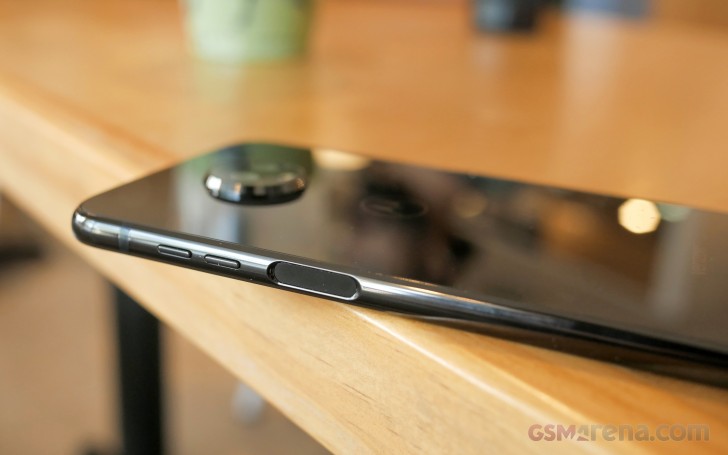 The rear of the phone also got some nicer-looking glass, a change from the mostly metal backside that previous-generations of the Moto Z had. There is a downside to this: the phone is no longer shatter-proof. Perhaps Motorola would rather have a conventional display than have to deal with uproar that its plastic displays were making whe the Z2 Force first launched.

Motorola did good by bringing back the full "Motorola" branding on the chin of the phone - it had tried to make "Moto" stick but it didn't sound as recognizable the full name of the brand. Also on the chin are dual microphones to pick up commands for Moto Voice. Above the 6.01-inch display with curved corners is the earpiece, which is also the loudspeaker. 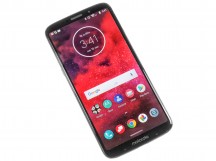 There's also an 8MP camera up top along with the usual cluster of motion sensors. Moto Display uses motion sensors that are embedded in the bezels of the phone and Motorola managed to get these working despite having less bezel area. 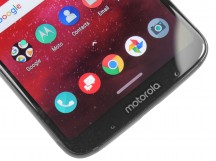 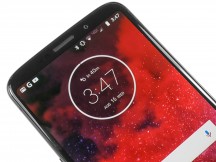 On the right side of the phone is the integrated fingerprint scanner, whose placement we are still getting used to. While the fingerprint scanner can wake the phone up from standby, it can't put the phone back to sleep like it could when it was front-mounted. Instead you'll have to reach around to the left side to press the sleep key. This will certainly take some getting used to. Otherwise, the volume keys retain their original location. 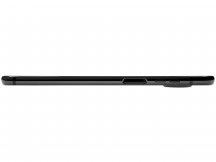 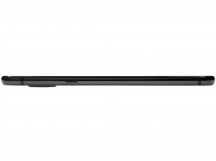 On the bottom of the device is a single USB-C port and nothing else. There is no headphone jack, so this is where you'd insert the included 3.5mm headphone jack adapter. At the top is another microphone, and the SIM/microSD card tray. 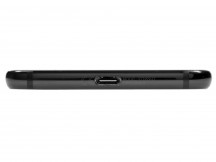 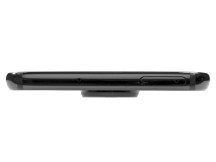 The frame around the phone is no longer of a matte finish, it now has a polished finish with a very dark shiny color somewhere between black chrome and gunmetal. The name of the color is Ceramic Black, so a reflective black finish is appropriate. 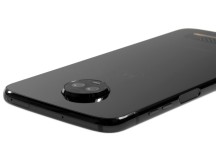 The back of the Moto Z3 is beautiful. It's made of Gorilla Glass 3 so it's just as susceptible to scratches as the display is and there's a reflective backing just behind the glass that gives it that shiny reflective appearance. We do miss the feel of metal that the Moto Z and Z2 had and you'll be wiping fingerprints off the glass very often unless you slap on one of Moto's Style Shells. 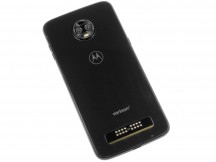 Ever since the Moto Z limited the camera setup to the round cutout so that it'd see through any Moto Mod. Since then, this round camera ring has been adopted into other models like the Moto G6 and the Moto X4.

The ring around the cameras is nicely detailed in black chrome, and this is the same color as the frame that goes around the device. One last note about the Ceramic Black color - this is the only color option that the Moto Z3 is available in. 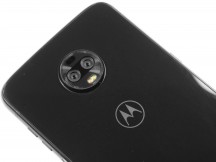 The Moto Z has never been an ergonomically designed phone. Holding it for extended periods of time might temporarily mark your palms from the hard edge that runs all the way around. Using a Moto Style Shell makes it more comfortable to hold. Unfortunately, Motorola hasn't included a Style Shell in the box since the original Moto Z. 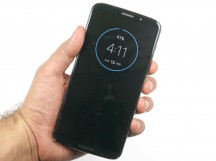 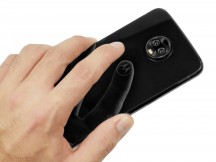 In the past, we've praised the Moto Z's durability and the confidence that we had to carry it around with no protective case. Now that the phone is no longer shatter-proof and is made of breakable glass on both sides, its durability is no longer backed by anything Shatter Proof.

Without a doubt, the phone looks much nicer with the rounded corners and a shiny glass back. We just hope that Motorola's history of hardware durability will shine through in the Moto Z3. 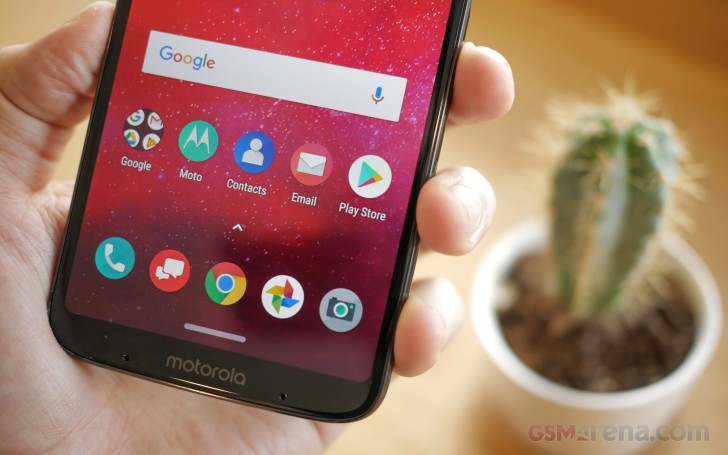 Moto Mods are still around. Aside from the 5G Mod that Verizon will release next year, Motorola hasn't announced any other new Moto Mods for the Moto Z3, but Motorola assured us the 5G Mod won't be the last.

The Moto Z3 is the third-generation flagship for the Moto Mods platform, which fulfills Motorola's three-generation promise that Moto Mods you'd bought with the first generation Moto Z would keep working with future Moto Z devices.