If you've been following Motorola since the Moto Z Force, you'd remember that it was a shatter resistant smartphone with a huge battery and sold as a Verizon exclusive. It was also the first phone to kill the headphone jack before Apple. Those things aside, the Moto Z was a phone that offered expandability with accessories called Moto Mods that can piggyback onto the phone's hardware.

Motorola promised that Moto Mods would be compatible with at least two more generations of Moto Z phones following the OG Moto Z. Today, the Z4 is Motorola's fourth-generation Z device, which means the footprint is identical to the original phone. Since the first Moto Z and its Quad HD 5.5-inch standard 16:9 display, the Z4 has effectively filled all the available space around the same footprint to a 6.4-inch near-bezel less display. 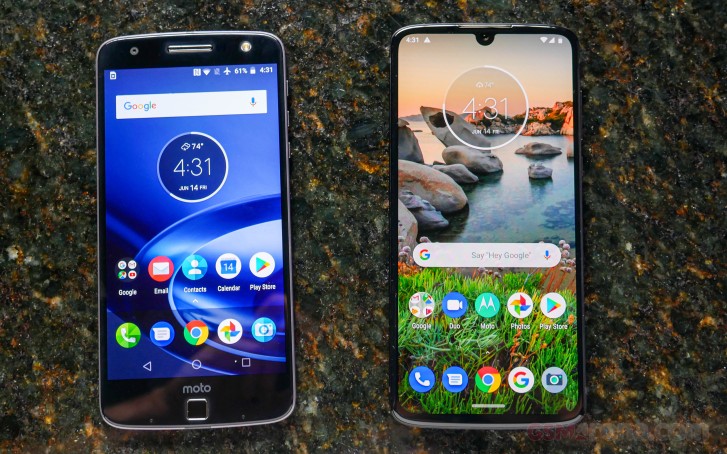 Motorola has now also built a fingerprint scanner right into the OLED display, which is an upgrade from the Z3's side mounted sensor, and the Z2 and Z's front-mounted sensors. The frame of the phone has also seen revisions in design and materials used.

The first Moto Z had a metal back with glass "bumpers" for signals to pass through. Then, the Z2 used a metal back as well but instead added an antenna line around the perimeter of the back. The Z3 had an entirely glass back, and the Z4 made the glass frosted on this Flash Gray model. 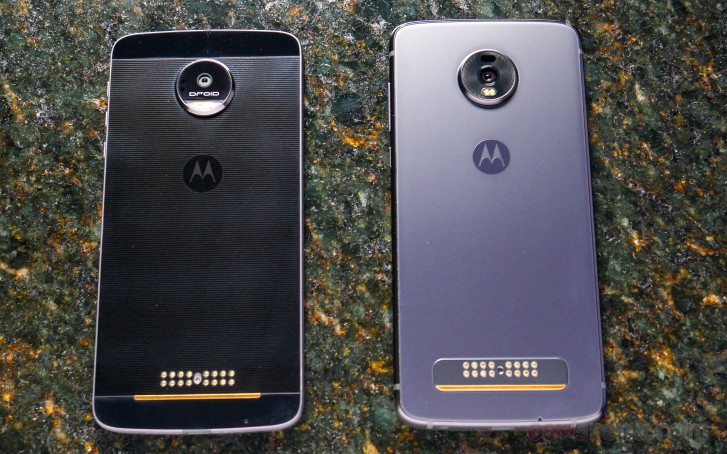 We're done reminiscing about the older phones, so now let's take a closer look at the Moto Z4's design. Atop the 6.4-inch FHD+ display is a "micro-notch", as Motorola calls it, which houses the 25MP front-facing camera.

Since there's no longer a full-sized earpiece, which always doubled as the loudspeaker on previous generations of the Moto Z, the loudspeaker has moved to the top of the phone. We'll see if this is any less practical than a downward facing one. 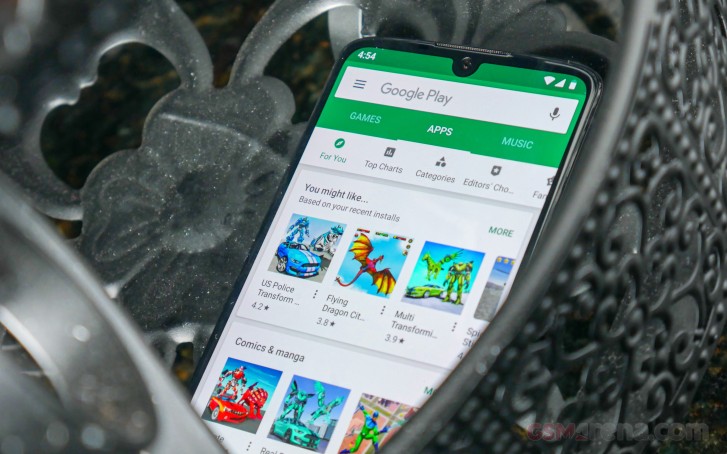 There still is a dedicated earpiece along the top edge of the phone used for phone calls. Across from the upward-facing speaker is the SIM tray, which holds a nanoSIM and a microSD card with support up to 512GB. 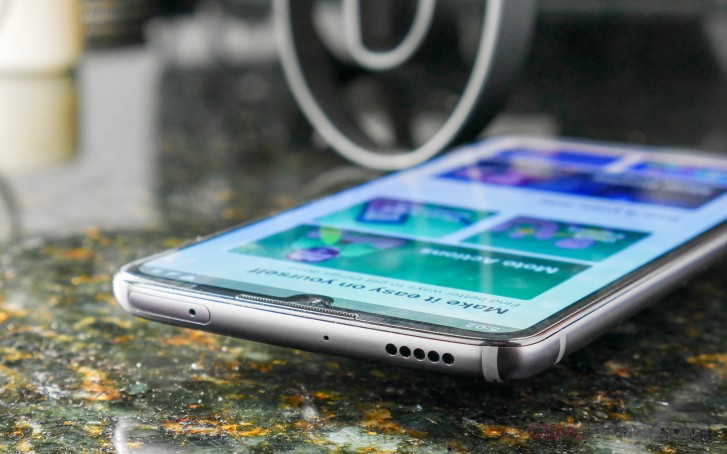 On the right side, there's a power key and a volume rocker, whose buttons feel great with excellent feedback. The bottom of the phone is home to the USB-C charging port and the newly returned 3.5mm headphone jack.

The frame around the phone is made of aluminum and features a matte finish. Over the years, the frame has gradually been finessed to feel comfortable to hold. The original Moto Z had a hard edge that always imprinted into the palm, and this is what Motorola made Style covers for. 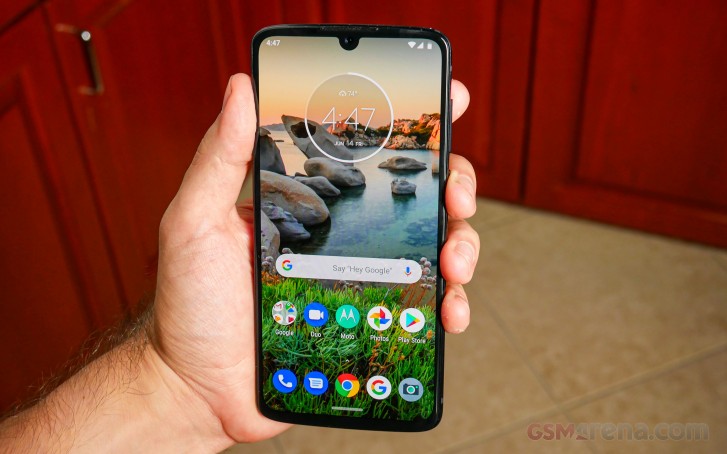 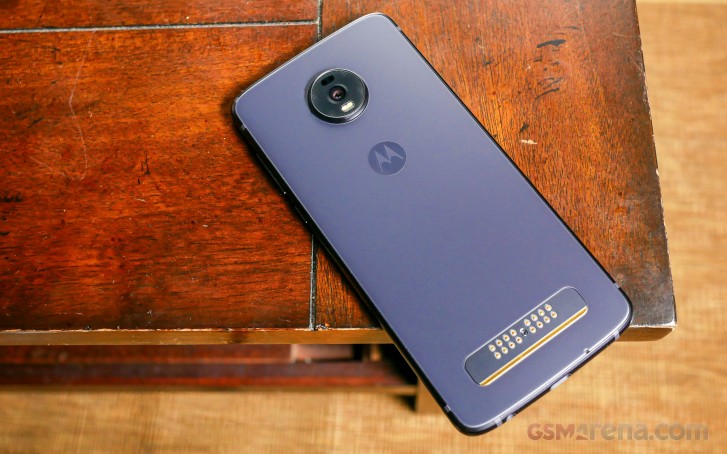 We've got a "Flash Gray" version of the phone, and we like this trend of "frosted glass" which frankly, does a much better job of hiding fingerprints than regular glass. It's also better for grip and feels nicer to hold.

The iconic Motorola batwing logo makes an appearance and is actually made from the same glass as the frosted black. In the camera circle, Motorola no longer opted for a dual-camera setup, but instead went with a single 48MP camera sensor. There is also a dual-tone LED flash and a really cool geometric matrix pattern around the camera. 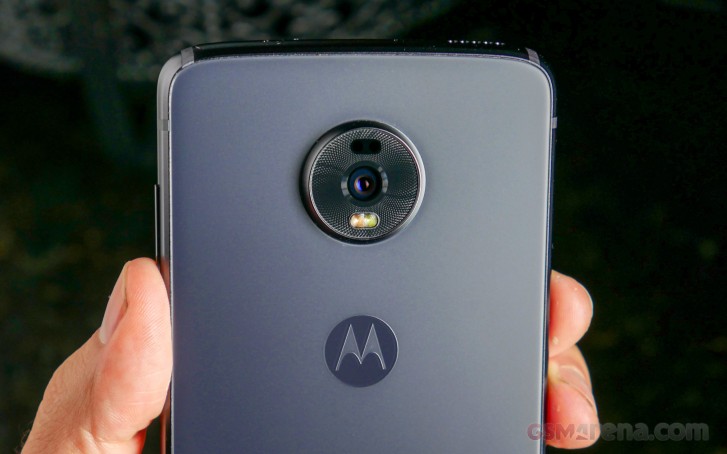 Of course, there's the Moto Mod interface on the lower back of the phone as well. The Moto Z4 is backwards compatible with all older Moto Mods and will certainly work with Verizon's 5G Moto Mod.

Otherwise, there's not much else special about the design of the Moto Z4. We've certainly seen this design in the past, but it has been well refined over the years. The overall width has been subtly reduced, and the phone is slightly taller than its predecessors. Meanwhile, the beveled edge around the frame makes it easy and comfortable to hold.

Let's move onto the more technical parts of the phone. On the next page, we are going to cover our findings with the display, battery endurance, the loudspeaker test, and the quality of audio from the headphone jack.