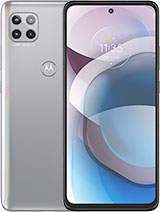 Nice phone, has all the features I need. I've had good experiences with two previous Motorola phones and I think they are a good value for the price.

My dad is switching from iPhone and asked me for recommendations. So far this is the one I'm thinking about telling him to get. Got my mom a Moto G Power 2020 and she loves it, thing gets crazy battery life, and performance is perfect (it's not like she plays COD, or PUBG).

Only thing that concerns me at all is the moto website for carrier compatibility says " VoLTE, 5G Sub6 Support To Be Added Later" for AT&T compatibility. Not that my father cares about 5G, but I hope it's something they actually follow through on adding. I like that it supports all the major 4G bands AT&T uses including band 14.

That's been my major concern when I see people recommending some Xiaomi phone. I look it up and it's missing multiple 4G bands that AT&T commonly uses so I'd be worried about reception. Especially since AT&T are awful with Wi-Fi calling support on unlocked Android phones so that wouldn't be a option.

Granted AT&T just ran fiber to a new 5G tower they are building just a few hundred feet down the road from my parents place so signal strength wont be a issue. At least on a phone that supports the needed bands.

Mathematics, 27 Aug 2021Not sure if you're joking but the size of a screen is ... moreHow do we upvote comments here? Your common sense is perfect and rare!

PhoenixDoe77, 26 Aug 2021***This is a side note to New York guy who was talking abou... moreGood phone for the money. Battery lasts long

Reggie, 26 Aug 2021So the body is 6.54 inches and the display is 6.7 inches? ... moreNot sure if you're joking but the size of a screen is usually described by the length of its diagonal, which is the distance between opposite corners, which according to basic triangle geometry can be, in fact, longer than the longest side.

Chuckster, 29 May 2021As far as I can tell, the "Motorola One 5G Ace" i... moreTy! That was very helpful information. I look forward to testing it sounds like it is a good phone.

Snapdragon, 18 Jul 2021Coul be your phone has manufacturer defects. Just because ... more***This is a side note to New York guy who was talking about Google Fi's Motorola 5G Ace being so glitchy.***


The culprit is not the phone. Well, I'm 96% sure it's Google FI. They send refurbished phones sometimes without telling you. I just returned a Samsung Galaxy a71 5G and paid a penalty even though the "New" a71 5G wasn't new, it was refurbed and worse, it was defective. One day, indoors, and the display went out.

Seems it got wet after it was refurbed. What..?!

I know because 1st thing I tried was the Rice trick. Came back up 2 days before cutoff date to send it back. Yeah, pssh.
And a friend of mine tried Google fi and had major issues with the network even though it's on Sprint/T-Mobile. She cut them loose got the same phone unlocked used and used that one with no problems on Metro by T-Mobile. So, looking like your experience was like ours with Google FI.

The Moto One 5G is a good phone, I'm going to test out the Ace version this week.

So the body is 6.54 inches and the display is 6.7 inches? That's not possible. I would say it's a typo but I see these same specs everywhere I look.

So far so good. The only issue is coming from MI MAX 3 6.9 inches screen size, this 6.7 feels small. But I think some 6.7 inches should be bigger.
I also love that it has a near stock Android. The messaging app looks like Google messages. But I disabled it and downloaded the Google messages because now I can use chat RCS.
I also disabled calculator and downloaded Xiaomi calculator which is the best so far. You can become a developer to change themes and other stuff. The battery is lasting just like a 5000 mAh should last.

This phone is a great value for the money. I got mine from Metro for free. It comes with 6gb of ram, 128gb internal memory, and a 48 MP camera.
Camera quality is good for most people. If you are used to photos on a dedicated camera, this is not a replacement. It does do a good job with all the photos that you want to take on the fly.
I download tons of apps and take lots of photos, plenty of storage for that, plus you can insert a 1TB SD card into it if needed. You will not run out of storage on this device, especially with the google one offer from Metro.
The 6GB of ram works flawlessly so far on this phone. I have yet to have any issues with multitasking on this unit. I keep multiple apps open and I am constantly switching between them. The processor is a Snapdragon 750G. The chip was designed with gaming in mind, and i can say I havent run into issues with it rendering anything from any if the games I play. I am also enjoying the Moto game time experience. It does a good job of blocking unimportant things from interrupting me during my downtime.
The screen is good for a midrange device from Motorola. It is a 6.7" display rocking FHD+ Max Vision. Simply put, a full HD display, so video and animation looks great on this device.
The battery is huge! It comes in at 5000 mAh with turbo charging. I havent tested out the turbo charge yet, but I havent run low on battery since i got this phone.
Overall, I was able to get this device from Metro by Tmobile for $30 on their $60 plan. I did get a screen protector and case, so out the door, less than $100 including taxes!!! I think this has been the best phone I have gotten since leaving Verizon!

I got my moto one ace 5G from at&t for free.! Cause I already was using the moto x4 . They said I qualified for it for free upgrade!

nyguy, 14 Jun 2021I got this phone from Google Fi. Everything seemed OK until... moreCoul be your phone has manufacturer defects. Just because you experienced such doesn't make a general conclusion its bad. I've seen people who bought brand new pixel phones with defects it happens in every brand.

I just received this phone free from AT&T.This would be my first ever Motorola smartphone. I currently use Xiaomi Mi Max 3 with 6.9 inches. This one 5G Ace is 6.7 inches but it feels too small. It is thin and heavy like the mi max 3. I only accepted it because it is free. I love big phone screen and did not want anything smaller than 6.9 inches.
It is a little upgrade from my current mi max 3 specs so i will take it . I will begin using it later in coming month to see how good it works.

Blondie, 17 Jul 2021I got my moto one ace 5G from at&t for free.! Cause I a... moreLol. I also just received mine from AT&T yesterday. I currently have Xiaomi Mi Max 3

I got my moto one ace 5G from at&t for free.! Cause I already was using the moto x4 . They said I qualified for it for free upgrade!

I got 2 of these 4 months ago from Metro-By-Tmobile $29 each waived the activation and the first month 5GB data $40/month each. Out the door was $154 with tax.
I like the Wi-Fi calling as the signal for all carriers is weak in my home location. When I'm on the road it never drops a call, as for all the other features, I bought a phone, I shoot photos for real with my Nikon. Although the photos I do take with this are fine, not going to win any awards.
Battery last longer than a day with a lot of YouTube videos and listening to Pandora, charges quickly, faster than any other phone I've owned.
Did I say that the phone calls work...when all my friends with iPhones are complaining and we are on the same carrier. Texting while on a call also works. Video calls are a snap, just chose VIDEO instead of CALL when placing a call.
I disabled the bloatware for now, will think about the unlock option if I need to, as of now I'm not bothered by anything popping up. Most all apps are GOOGLE related (not a fan) GOOGLE Photos etc.
As a computer/network tech I do a lot of multi-tasking and the 6GB RAM helps a lot, as does the 128GB storage, card slot will accept up to 1TB.
The fingerprint reader is great, I use it for password access to just about anything requiring a password.
I like to get the most out of my $, this phone has met that requirement for me.

I got this phone from Google Fi. Everything seemed OK until the morning after I got it. I got a "no sim card detected" message. I got a replacement sim card and that seemed to solve it. I noticed that while driving with GPS navigation the phone would lose GPS signal in spots I have never had an issue. Wide open spaces with nothing but sky. Hardware diagnostics would sometimes tell me there was a hardware problem and I should have the phone repaired, other times it would say I was connected to 8 - 12 satellites and everything was fine. Though the quality control on the pixel phones has been not great in my experience, I will probably be returning this for either a pixel 4a 5G or one of the Samsung phones. Too bad. I was really hoping to like this phone as much as I liked my old StarTac.