Motorola One everything - there's the regular Motorola One, there's the Power and the Vision, plus a Zoom is reportedly in the works. The particular flavor we have today is the Motorola One Action - the brand new entry in the Moto lineup.

In terms of the fundamentals, the One Action is a lot like the One Vision - it's got the same 6.3-inch LCD, the same Exynos 9609 ticks inside, and there's the same 3,500mAh battery to power things. 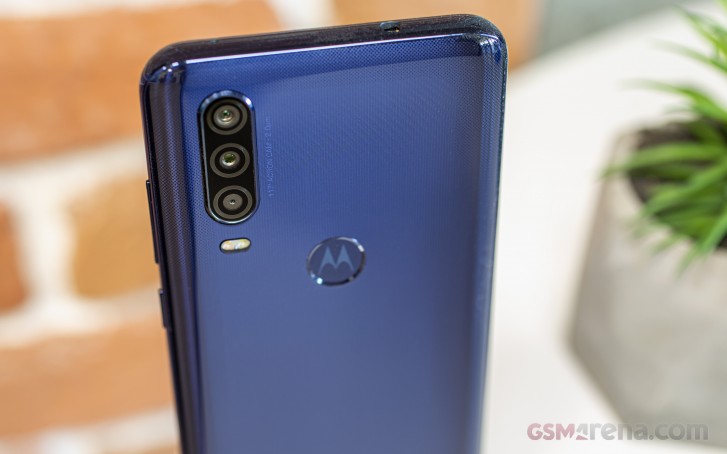 But a few differences can be spotted, and they're again in the camera department. For one, the primary shooter of the One Action is a classic 12MP affair as opposed to the Vision's 48MP QuadBayer solution. And then another 12MP cam replaces the Vision's 25MP snapper on the front - the one on the Action can record 4K video, unlike the Vision's.

Here's the rest of the key specs summed up before we move on.

The One Action comes in the same purple box as the One Vision, but with slightly different contents. For starters, the bundled AC adapter is a downgrade - this one's rated at 10W, while the Vision had a TurboPower branded 15W one. There's also no headset, which we did get with our One Vision review unit - however, that was likely a Brazil-exclusive, and the One Action may or may not have one depending on region. There is a soft silicone bumper case and we believe that's standard equipment across all regions. Same with the USB-A-to-C cable.