The Motorola One Action is no premium phone, at least not as premium as the One Vision. This one has a plastic frame coupled with what appears to be a plastic back. Still, the handset feels well put together while looking good in the process. 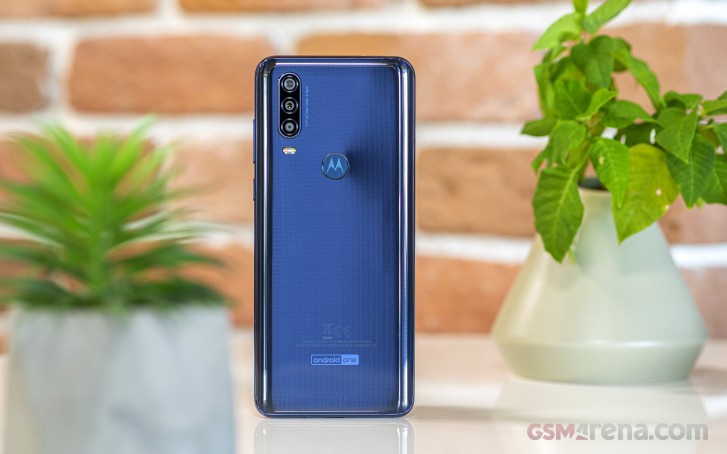 The back panel has a crosshatch pattern towards the sloping edges to add a touch of flair, with a finer mesh in the flat portion. 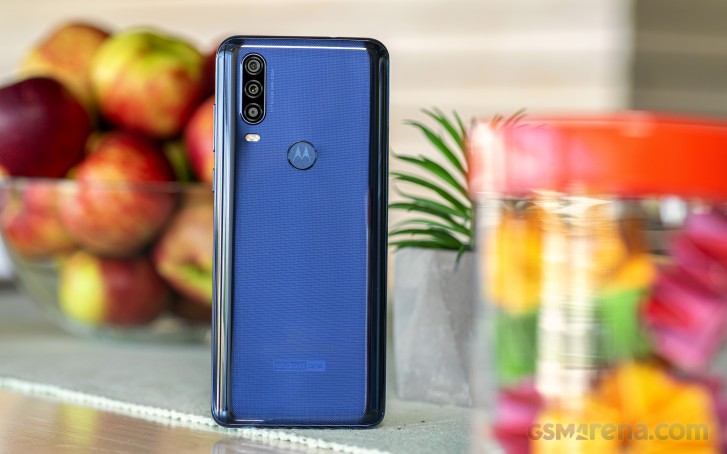 On the business end we have the triple camera setup in the top left corner - in fact that would be Motorola's first triple-camera smartphone, whaddayaknow. And since it's the One Action, the action cam's specs are prominently stamped next to the lenses. There's a dual LED flash under the camera too. 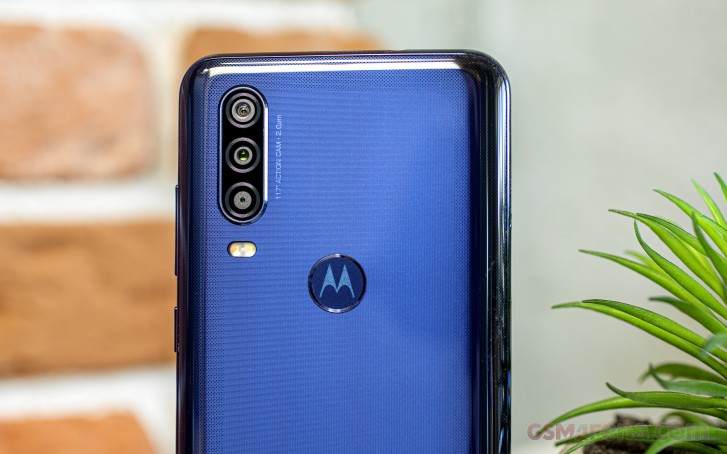 The Motorola logo takes a central spot itself - right in the fingerprint reader. A classic circular capacitive solution, placed right where your index finger naturally falls, the fingerprint sensor works quickly and reliably. 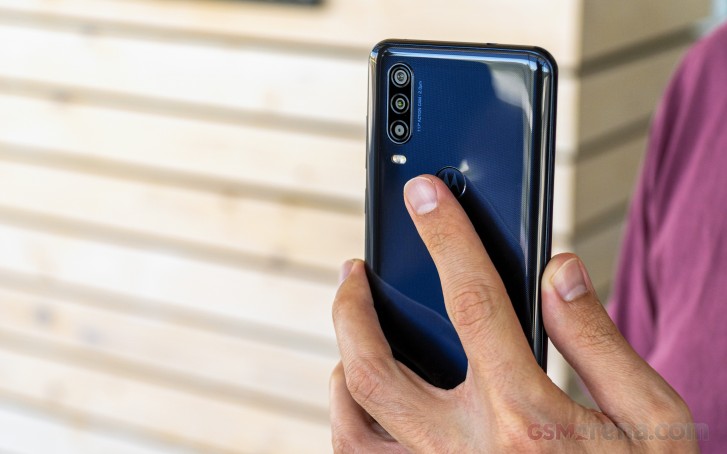 The physical controls on the right side are also conveniently located - the power button is a bit above the midpoint and the volume rocker is further up. The buttons are reasonably sized and have okay click action - not the best, not bad either. They do have some lateral play to them, which is less than ideal, but not really a dealbreaker.

Directly opposite the volume rocker, on the left side of the phone, is the card slot. The tray has one main nano SIM slot and another one where you can fit either a second nano SIM or a microSD card. Or, you know, leave empty.

Charging and file transfer on the Motorola One Action happens via USB-C and the port is on the bottom of the phone. It's flanked on either side by the single down-firing loudspeaker and the primary microphone. 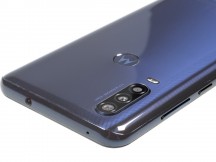 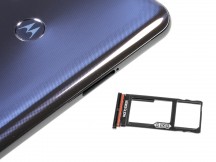 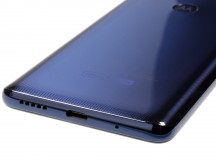 We've been trying to avoid the elephant in the room until now, but there's just no escaping the huge cutout for the selfie camera on the front. It's hard to miss, and it's also not easy to ignore even after spending some time with the One Action. It's big and it's well inside the display which also forced the software engineers to stretch down the status bar to completely envelop the cutout, actually making it even more visible in a way. Oh, well. 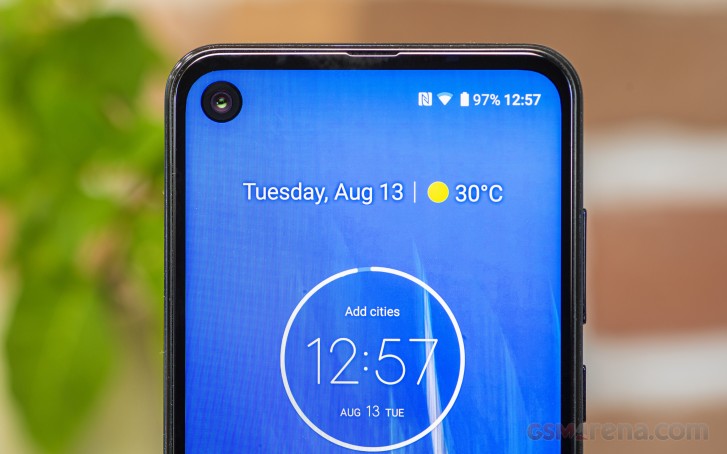 There's a bit of chin down below, but that's mostly par for the course with midrangers, so hardly grounds to complain. The side bezels aren't particularly thin either, but there's only so much you can expect from a phone in this segment. 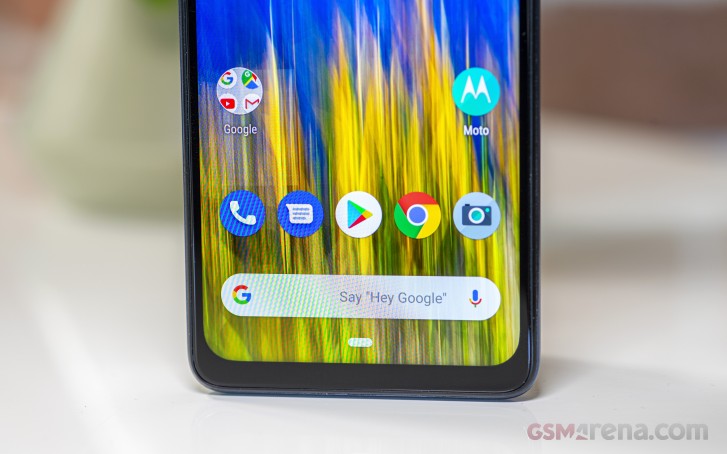 The Motorola One Action is still one of few phones with a 21:9 aspect display making it ideal for watching movies without letterboxing. Now, there's the selfie camera cutout getting in the way, but other than that, 21:9 content looks pretty good. Of course, the downside of a screen this tall is that the top is nearly impossible to reach, but you have two hands, use them. 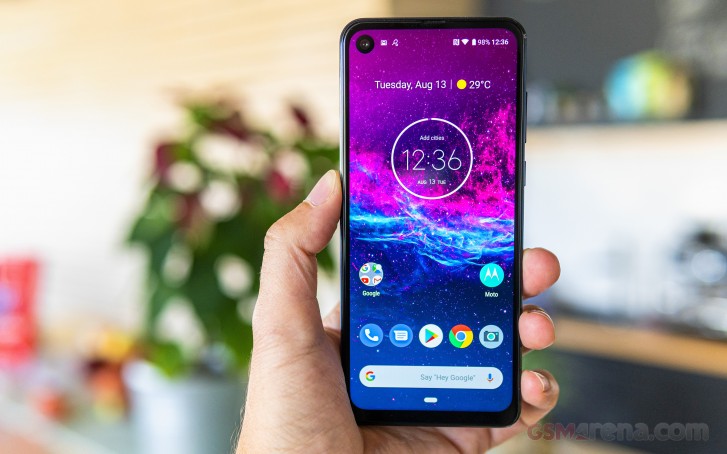