An image of the Motorola One Action surfaced last week showing the phone in White color. Today, we get to see this smartphone in Blue-ish gradient, which is said to be called Denim Gray.

This render also confirms the presence of the 3.5 mm headphone jack which is placed at the top of the phone - like the One Vision. 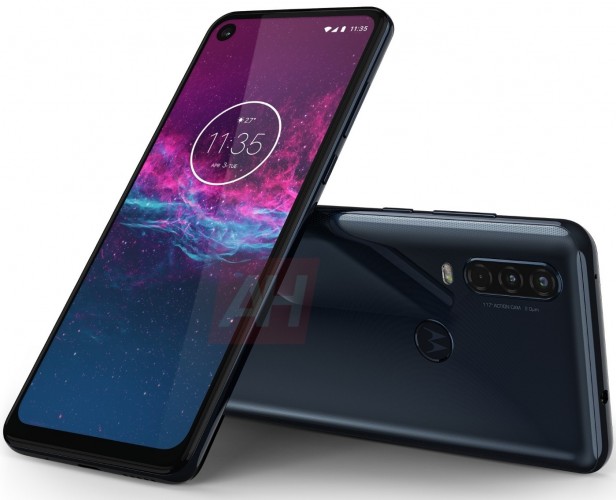 The One Action will be an affordable version of the One Vision, and it will flaunt a triple camera setup at the back which reportedly includes a 12.6MP main sensor and an "Action Cam" having an FOV of 117-degrees. The third unit will likely be a depth sensor.

There's no word from Motorola yet regarding the One Action, but we are expecting an announcement soon. Maybe we will see the One Action and One Pro go official together.

Wow! This looks beautiful in blue! I can't wait for it!