Motorola announced the One Vision last month, but the company is expected to launch two more smartphones under the One series - One Pro and One Action. We haven't heard much about the One Pro, but the One Action did visit Geekbench two weeks ago revealing an Exynos 9609 chip under the hood. Now, a detailed specs sheet has leaked which tells us more about this smartphone.

According to the leaked information, the Motorola One Action will be an affordable version of the One Vision and will come with a plastic back instead of the glass one that the One Vision flaunts. 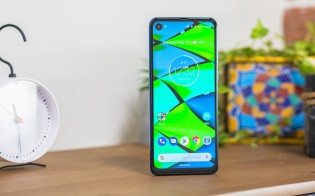 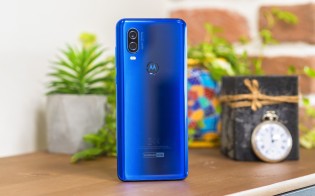 Furthermore, unlike the One Vision which comes with a dual camera setup at the back, the One Action will sport a triple camera with a 12.6MP unit being the primary sensor. The 25MP selfie shooter on the One Vision will be replaced by another 12.6MP module.

The report further states that the One Action will be offered in Blue and Gold colors and come in three memory versions - 3GB/32GB, 4GB/64GB, and 4GB/128GB.

Other specs like an Exynos 9609 chip, 6.3-inch FHD+ punch hole display, a 3,500 mAh battery, and a rear-mounted fingerprint scanner remain the same.

There's no word from Motorola yet regarding the One Action as well as the One Pro, but we hope the announcement is not far away now.

I'm not a fan of this naming scheme

I don't get it why Motorola keeps making phones that barely have any USP?. They use to make great phones before, even their budget phones like G5 Plus was great. Now all of their phones are bad Moto G7 Power, G7, Z4,Vision they all are garbage phones...

U know product manager or CEO or whoevers responsible, never ever goes outside their house