Even though Motorola is not the dominant maker it once was it was never afraid to innovate and push the envelope. The company is even looking to release a foldable phone, reviving the RAZR series, but that doesn't mean it's overlooking its midrange lineup. The company wants to stay up to date with the current trends and offer a rare set of features for the asking price and it delivered the Motorola One Vision.

The One Vision brings a lot of firsts to the Motorola lineup. 21:9 aspect ratio, punch-hole selfie camera and a Samsung-made chipset - the Exynos 9609 - are all new to Moto phones. And it's all wrapped inside a stylish package without departing too far from the typical Motorola design. You can easily tell from afar that this is a Motorola-made handset and that's certainly not a bad thing.

Much like the recently released Sony Xperia smartphones, Motorola puts emphasis on the tall 21:9 screen, which we found to be particularly useful for scrolling through social media feeds and multi-tasking. Oh, and of course, when watching 21:9 content on Netflix and YouTube. 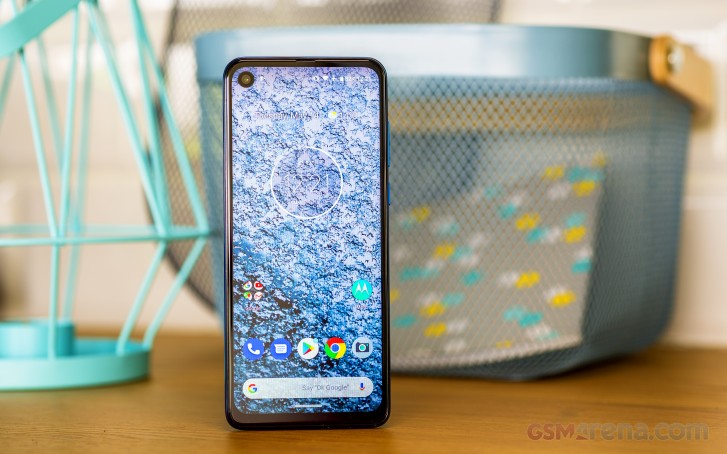 The 48MP rear main camera is another big selling point of the One Vision. Naturally, the sensor employs a Quad-Bayer filter combining four pixels into one outputting a 12MP image but with native HDR and boosted low-light performance.

Unboxing the Motorola One Vision

The smartphone comes in a standard package, rather small at first sight, but contains pretty much everything you'd expect and even more. 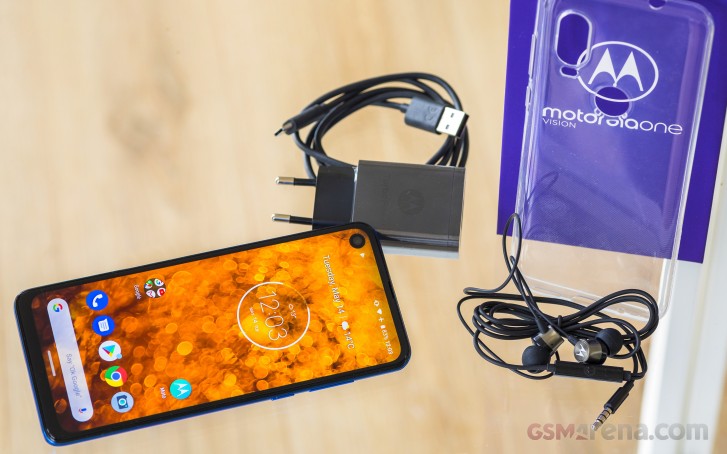 In addition to the handset itself, the charging brick and USB-A to USB-C cable and the usual user manuals, the box also hosts a transparent silicone protective case and a pair of Motorola-branded earbuds. However, we've been told that the buds will only be available in Brazil.

Suddenly after android 11 update, the phone charges really slow..and sometimes doesn't charge at all. Have factory reset it. Still, the battery issue persist. Any suggestions will be of great help.

I have this phone for 1.5 years. Camera is good. Charging is fast and compatible with fast chargers from other vendors: samsung, hmd. Usually I charge it for 30-40 min by getting 50% more juice. Battery health is 99% and it can handle 8h+ for s...

After a year of use the plastic cover in front of my rear camera fell off, I think placing it in it's holder in front of the car's AC for navigation may have caused the glue to weaken over time. I super glued it back on, only trouble is dus...