We're fascinated by foldables as much as the next guy - it's one of few truly game-changing advancements in present-day smartphones. There's also more than a few nostalgic folks around here, reminiscing of the good old days of clamshell phones. Well, isn't the Motorola Razr 5G just the right blend of the two! 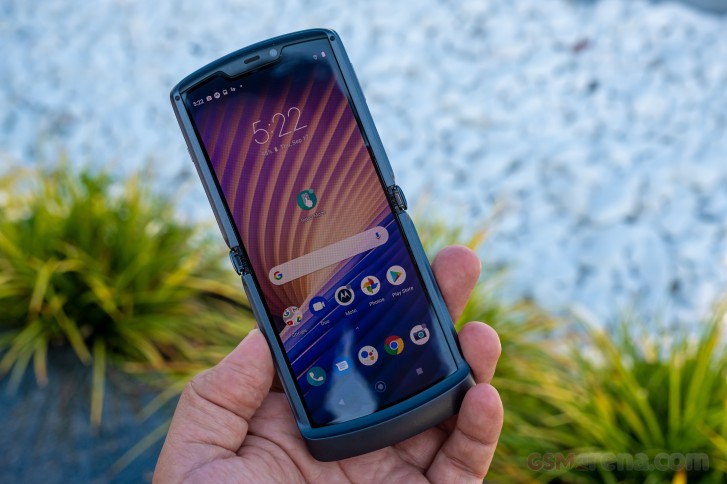 We got to spend a few brief moments with Motorola's updated Razr for 2020 to see what's changed compared to last year's iteration. Key bits include the improved outer display that has gotten more useful now, the relocation of the fingerprint sensor to the back, a more powerful and 5G-capable chipset, and a revamped camera system.

The outer display maintains its 2.7-inch diagonal and 800x600px resolution but can be used for more stuff now - it even lets you type on an on-screen keyboard though you may still prefer the voice-to-text approach. The fingerprint sensor is no longer in the chin, but is on the back keeping company to the M bat logo - feels like a more natural position. 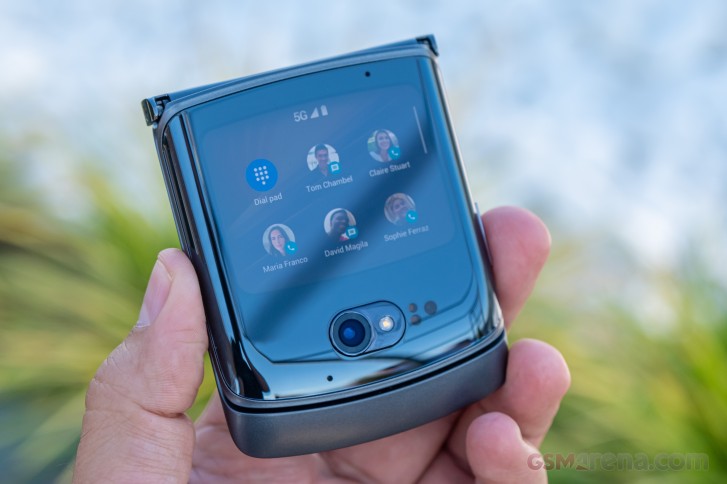 While not strictly 'flagship-grade', the Snapdragon 765G chip is much better suited to the Razr 5G's price tag of €1500 than the 710 was on the Razr (2019). It brings next-gen connectivity alongside a leap in number-crunching potential. The doubling of storage to 256GB and the RAM bump to 8GB round off a much nicer package when it comes to the fundamentals.

The basic 16MP main camera of last year's phone has been swapped out for a 48MP Quad Bayer type, and a 20MP selfie shooter of the same variety replaces the 5MP unit on the inside.

Here's a quick rundown of the other internals before we move on to the hands-on area. 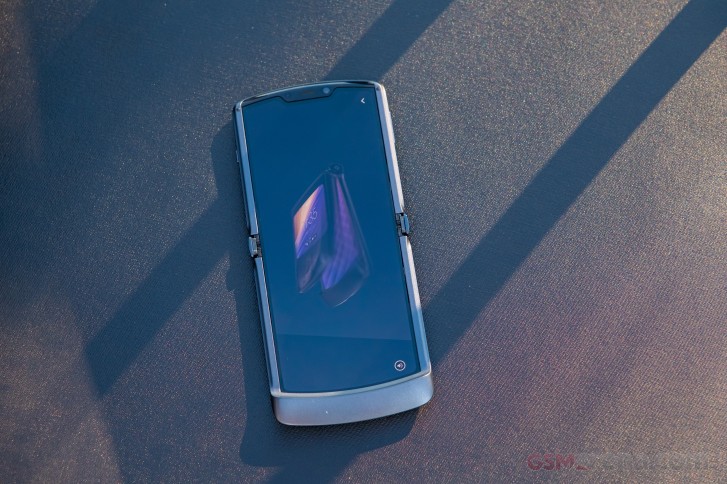 I've had this phone now for about 3 months. My first foldable.And these are my main gripes: The screen has a tall aspect ratio ; and i have big hands so typing on the keyboard without errors is difficult. The battery life is horrendous. Th...

What happened to the promised review of this device GSMa? Anyway, just read the the review of the Galaxy Z Flip3. Pre ordered one as this will be the first true big selling foldable. Although nowhere near perfected, an absolute feat of eye bleeding ...

Battery max 6 hours of sot on a row. Mixed use give whole day of use. Playing games time can be shorter. Overall , that model have low energy consumption on daily tasks. In heavier tasks, use power of gaming processor. Recommended after two month, I&...