Motorola's Brazilian website accidentally uploaded the the Moto G7 lineup two weeks ahead of their official announcement. The pages contained specs and images revealing everything there's to know about the phones.

The back carries a 12MP main sensor and a 5MP secondary unit for depth information. A 3,000 mAh battery sits underneath.

The leak also contains information about the rest of the G7 phones - the G7 Play, G7 Power and G7 Plus. Specs are similar, but the Play and Power have lower-res displays (720 x 1512) while the latter boasts a huge 5,000 mAh battery.

Also, the Plus variant comes with a more powerful Snapdragon 636 SoC and a higher-res 16MP sensor on the back. Check out the complete rundown below.

It seems that the only thing we don't know at this point is pricing and availability - those will be confirmed on February 7, when the official announcement takes place. 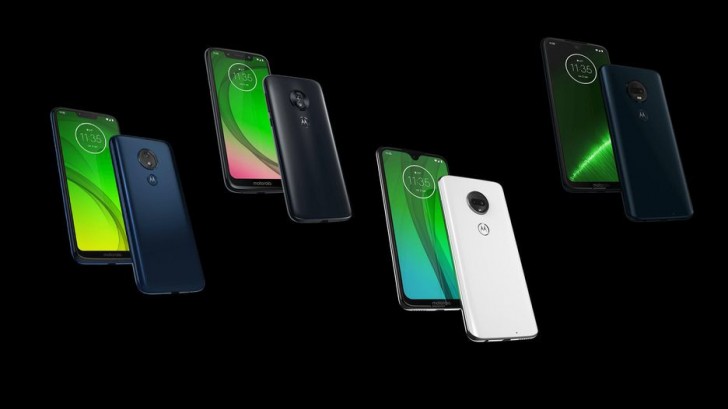 Moto G7 and G7 Power leak in the wild, are coming on February 7