According to a new report out of Samsung's home country of South Korea, the company will unveil its next gen Galaxy S series phones late February, during MWC 2018 in Barcelona, Spain. 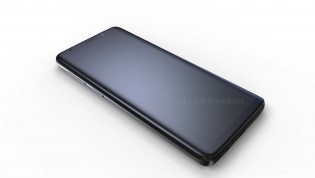 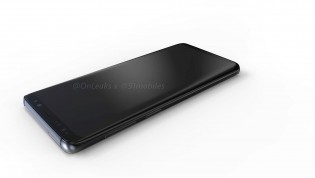 The report notes the Apple iPhone X was the reason the tech giant initially wanted an early unveiling for the Galaxy S9, but didn't go for it as the Galaxy S8/S8+ have been holding well against Apple's latest offering.

Unveiling at MWC would likely mean the devices will be released sometime mid-March, a month before the Galaxy S8/S8+ were launched last year. MWC 2018 will kick off February 26 2018 and end March 1. According to the report, the Galaxy S9 series will be unveiled on February 27 Korea time. 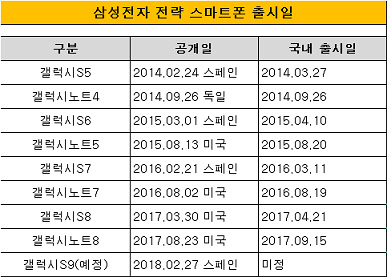 Galaxy S9 and S9+ outed in renders and video, see them from all angles

Samsung Galaxy S9 will keep the fingerprint scanner on the back

Galaxy S9 'unlikely' to be showcased at CES 2018, Samsung says

nobody beats sony Ericson still the best but poor marketing that nobody even notices that phone...

"Every day fight between Apple and Samsung but these two pussycats on the market never understands than Xiaomi is true Lion." - example. English is not my first language, I also speak more than one language, obviously, french, german, spanish and it...

i just came here to read the comments =)) you guys are hilarious ... but I must say, you will never find a phone that's perfect and fully optimized to its full potential, why? 1 simple fact .... companies need to sell you more products for their prof...