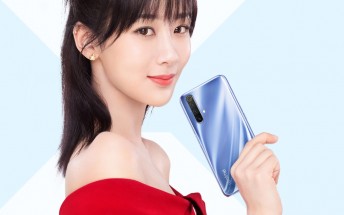 Realme is expected to launch a Snapdragon 865-powered smartphone, and it just got benchmarked at AnTuTu. A mysterious device dubbed "realme RMX2071" managed to reach a result of 574,985, which is the highest any device by the brand has ever achieved.

The phone could be named Realme X50 Pro as an upgrade over the Realme X50 5G, running a Snapdragon 765G chipset.

Usually there are details around the device, tested at AnTuTu, but we have practically nothing on the specs side. However, the result itself is very impressive - in comparison the Realme X2 Pro scores 467,653 on AnTuTu 8 - that’s over 20% jump in overall performance.

According to this one reliable tipster from China, the new Snapdragon 865-powered Realme will have a single front-facing camera in a punch-hole design.

Realme X50 5G is heading to Russia next

Antutu is meaningless. Pixel 3a scores similar to S7, but its actual performance murders the S7.

Thanks for that update. I had a feeling that Mediatek are not stopping at 1000. I fully agree. Most people need a phone at premium mainstream. And within that bandwidth. So for most people a 76G or a 1000 is more than enough. To play a few games...

Just when i tought the sythetic trend has finaly been sacked and humanity got a bit smarter....