Asus is already working on its next ROG phone and it appears it may be announced a lot earlier than the usual June-July period. A phone with the model number ASUS_I005DA and ASUS_I005DB has popped up on Geekbench and HTML5 benchmarking platforms, revealing a Snapdragon 888 chipset (codenamed Lahaina, after an island in Hawaii).

The upcoming Asus gaming device could be called Asus ROG 4, but is more likely to skip the number and go straight to Asus ROG 5 for two reasons - one, the number four sounds a lot like “death” in Chinese so smartphone companies tend to skip it, and two, the ROG 3 had model number ASUS_I003DA. 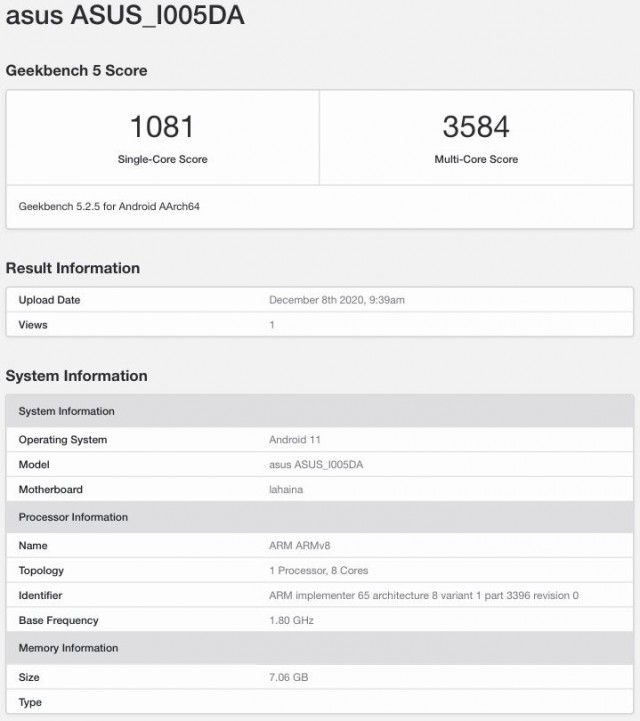 The HTML5 benchmark does not say anything about the specs of this ROG phone, but on Geekbench we can also see 8GB RAM will be one of the options, and it will ship with Android 11 - hardly a surprise.

What will be astonishing is if Asus manages to pull out a new design for the phone in such a short period of time. Then again, all three ROG phones so far are pretty similar in looks, all the Taiwanese company has to do is slap a new chipset and call the upcoming ROG “Brand New”.

Cheaper yeah but also lacking ... No IP rating, No wireless charging, No more Headphonejack which is crazy on such a device (using that fan mod is not conveniant at all to just use the audio jack). And the camera performance is just okay, which is n...

Oh, what an uninformed comment. Do some research about the previously released ROG phone 3, OP 8 Pro and the gigantic difference between them in terms of raw performance while the ROG actually being cheaper.

It's actually a funny interesting reason. 4 is bad luck in chinese culture. People will maybe not buy it over there if they think it will bring bad luck.