We wanted to like the BlackBerry KEY2, but it was priced too high to gain significant traction. TCL may have a fix for that – the manufacturer behind the BB brand has sent out “save the date” invites for an IFA event.

It will be held on August 30 and while it offers no official details on what will be announced, there is only one rumored phone in our database – the BlackBerry KEY2 LE.

The latest leak promises the same design and screen, so it’s not a “mini”, but a Lite version instead. 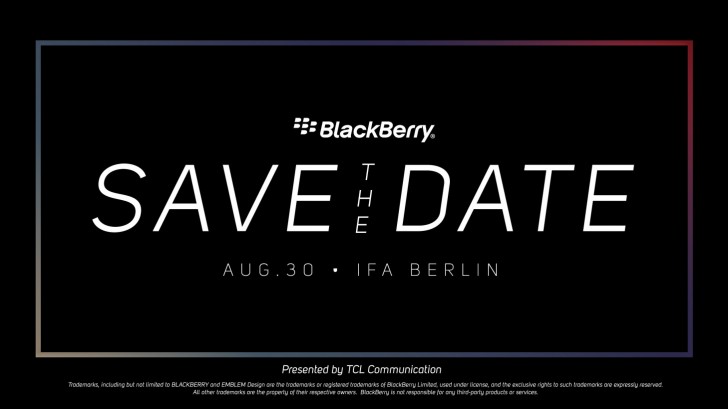 The unique keyboard experience will continue to be the phone’s main selling point. But the KEY2 will have less processing power on tap – the Snapdragon 660 chipset will be swapped out for a 636 and RAM capacity will drop to 4GB (still better than the Keyone).

If you’re a heavy texter and want BlackBerry’s enterprise security, you’ll want to pay attention to IFA news at the end of the month.

I hope Xiao Mi or another Chinese manufacturer makes a phone with a keyboard for under $400. The Key 2 is nice but at this price it is a no go. It doesn't even have a flagship spec (no Snapdragon 8xx, bad camera).

So what is the benefit you will get if they give up?

We loved blackberry for its identity and OS now both are aside.