Recently, Samsung Galaxy Note5 units in India started getting an update that - among other things - brought along the Samsung Pay app. Now, the company has started pushing out a similar update to Galaxy A7 (2016) units in India.

Aside from including the Samsung Pay app, the update - which arrives as firmware version A710FXXU2BPJ7 and weighs in at around 1MB - doesn't bring any other major changes. 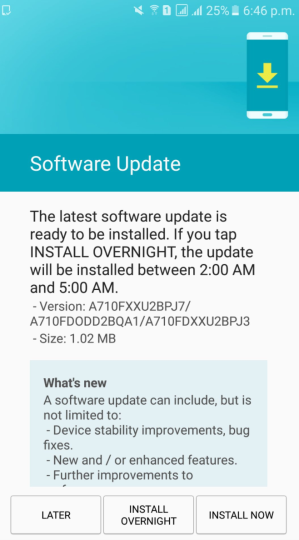 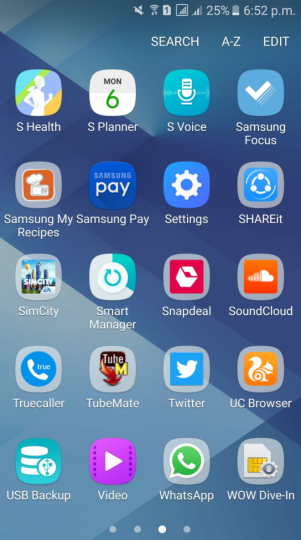 While the tech giant is yet to officially confirm this, reports say the company's mobile payments service will be launched in India in the first half of this year. The firm is said to have partnered with American Express for its India operations.

Samsung Pay to launch in India in partnership with American Express

Pls help me in my A7 mobile i dont know how to get the screen overlay.what is the process.thank you