We’ve already heard that LG may be announcing a smartwatch sometime soon, but now we have some concrete evidence. An FCC filing refers to an LG smartwatch with the model number: LM-W315, which is well in line to succeed the previous two model numbers: W280 was the Watch Sport while the W270 was the Watch Style.

These details were revealed in the FCC filing document that mentions where the FCC information is on the smartwatch. Since it’s an e-label, it must be found in the Settings. Interestingly, the listing also mentions that “A SIM card is not required to access the FCC ID number”. We’re assuming LTE connectivity here. 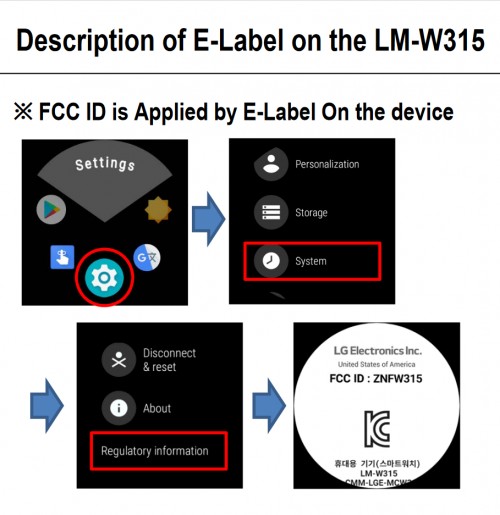 A previous rumor pointed to a hybrid smartwatch, one that would feature a mechanical watch that would be incorporated with Wear OS. We aren’t sure if these two devices are related or if the hybrid watch rumor was nothing more than a rumor.

Anyway, this unnamed smartwatch could make its debut during the ongoing Google I/O, which kicks off today and lasts through Thursday. Otherwise, the previous rumors suggests a June release. We’ll see what happens over the next few days.

LG won't launch smartphones on regular basis, says will do it when needed

You would be first who complain if someone would make watch like that.

Until Qualcomm releases (if it will ever happen) new wearable SoC and replace their crappy 2100 it is pointless making new smartwatches.