According to a new rumor, LG is working on a new wrist worn wearable. It will be called LG Watch Timepiece, and will run Google's newly renamed Wear OS. That said, this won't be a straight-up smartwatch in the vein of the LG Watch Sport or Style, both models which launched last year.

Instead, the Timepiece will be a hybrid, containing a mechanical clock setup alongside the smart functions. This apparently caters to a demographic that is looking for the best of both worlds - analog and digital.

The Watch Timepiece has a stainless steel body, IP68 certified water and dust resistance, as well as a highly precise quartz movement and physical watch hands (for the mechanical clock aspect of course). 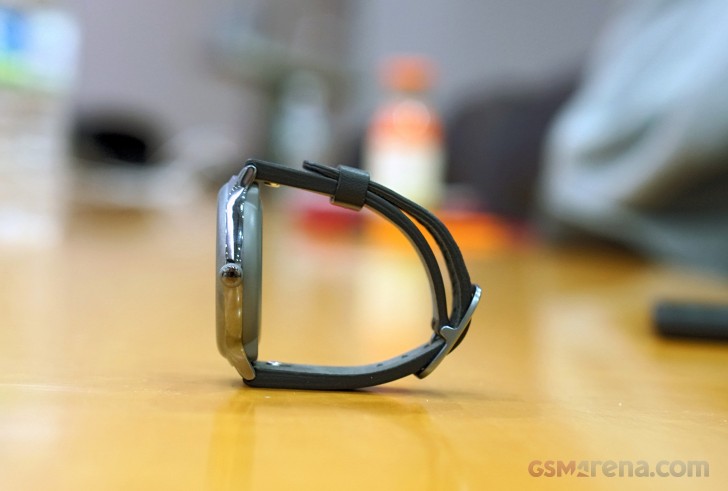 The device will charge through a USB Type-C port. NFC and GPS aren't "expected" to be built-in, allegedly. The wearable will ship with a 22mm silicone strap, but if you want to swap it out for something else of that size you will be able to. A special edition LG Watch Timepiece+ will come with a metal band in the box too, as well as an extra charging cradle.

The Watch Timepiece could get official as soon as this coming Monday, on April 30. It will be offered in two color versions: New Aurora Black and Cloud Silver. It's going to become available at some point in June across the globe.

Interesting to see the outcome from traditional watch + Wear OS. Lack of wireless charging and a bit too small battery are conserns.

When you go down, you go down in a blaze of glory! Please keep churning these weird failures. Make them so bad your name ripples through history as a smart device maker that almost ended humanity, because people were about to kill themselves before s...

another spectacular FUP from LG! way to go down guys!