Update: It has been officially confirmed that the new Nokia 5 Oreo beta includes fix for the memory management bug.

Btw. we fixed the #Nokia5 memory management bug in the new Beta Labs release that you guys spotted. Actually wasn't a bug, we were just a bit too eager to manage RAM 😝. Both Nokia 5 and #Nokia6 (incl. India!) official Oreo releases maturing nicely.

HMD Global launched an Oreo beta program for the Nokia 5 earlier this month. And now, a new beta build has started rolling out. The update arrives as build version V5.160 and weighs in at around 1,694MB. 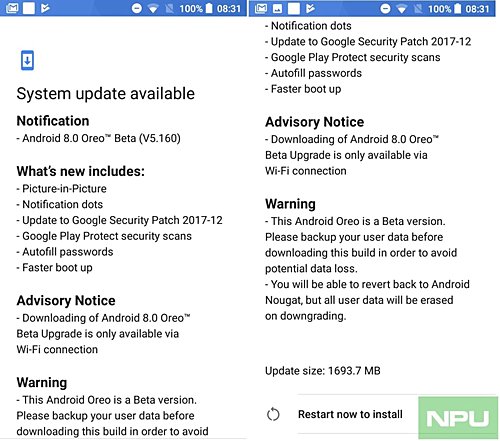 Not much is known about what all changes are included in the new build compared to the previous one. However, reports say it does fix a multitasking-related bug that wasn't addressed in the first beta build. The final Oreo release for the device is expected to arrive sometime next month.

Seasons Greetings Kindly Tell Me When Will Be Oreo8 for Nokia 43 be available? Coz since the last updates of 7.1.1 I've never enjoyed my cellphone

It's a whole Oreo beta version. Don't worry. It won't take that much space after beta is over.