Sony has started rolling out a new Nougat-based Concept for Android firmware for the Xperia X. Carrying the build number of 38.1.A.0.367, the update brings along support for VoLTE. 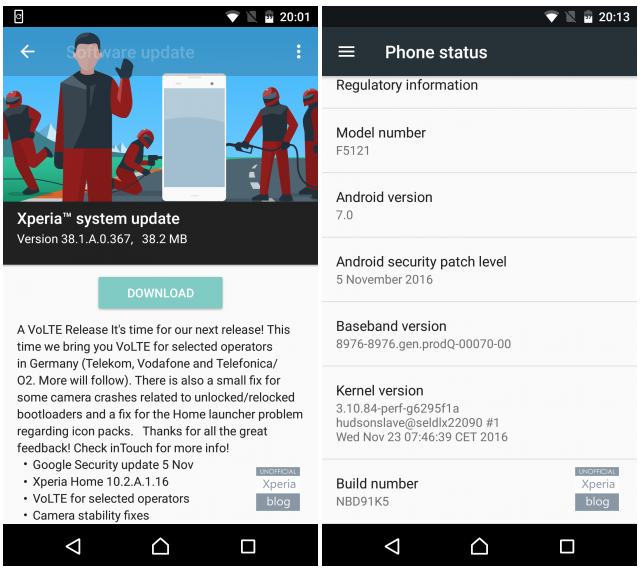 At this point only German carriers Telekom, Vodafone and Telefonica/02 are supported. However, given that the update is set to be rolled out in the UK and Spain next, VoLTE support for carriers in those country should also be on the way.

Even I could not handle edge screen . don't know why?