Last year Sony introduced the "Concept for Android" initiative, rolling out an experimental build of Marshmallow for the Z3 series for eager people to test. And now it's following that up with a new "Concept for Android" release, this time based on Nougat and meant for the Xperia X. This comes only a few days after the company made the first beta build of Nougat available for the Xperia X Performance.

The concept software for the Xperia X is only available for single-SIM units sold in Europe and bearing the model number F5121. Do note that certain "market and/or network operator exceptions may apply". To take part in the testing you need to download the Concept Installer app from the Google Play Store, and then follow the step by step instructions in it. 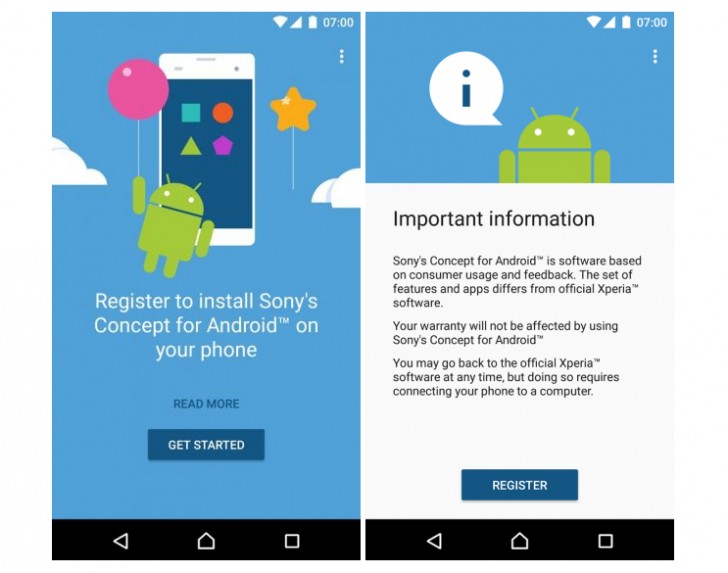 What you get, according to Sony, is a sneak peek at "the latest features that will be part of future Xperia products", as well as access to the inTouch community, which gives you a direct line to the company's software engineers and a chance to influence development and coming releases. Oh, and there's also the fact that this is currently the only way to get a Sony-made build of Nougat onto your Xperia X.

That said, before you make the jump, be sure to create a full backup of the stuff you have on your phone, since enrolling into this program might delete all your data. After you're let in, you can choose if you want to live life on the bleeding edge or not, when it comes to future software updates. There's a stable update track (which will give you new releases once a month), and an experimental track (which can put out new software once a week), and you'll have to pick between them.

Agreed with you Bro