Sony has started pushing out a new update to its Xperia XZ1 series as well as XZ Premium smartphones. Arriving as firmware build number 47.1.A.12.235, it's basically a security update that brings along Android fixes for the month of July. 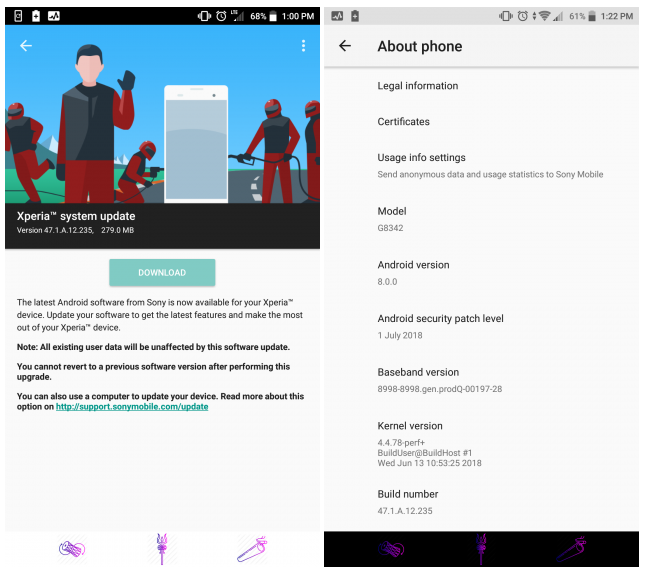 Sadly, there's currently no information on what other changes (if any) are included in the update. Given that the roll out has just begun, it may take time for the update notification to pop up on your unit, so be patient.

This comes just a few days after Google released the July security update for Pixels and Nexuses.

Xperia X Compact still getting monthly security updates (including July 2018). Not bad for an almost two-year-old phone. Presumably that will continue through autumn of this year.

Yup yup some who gets it here on GSM feeds. Hehehe