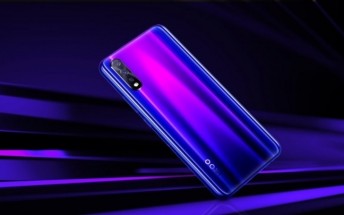 Yesterday the vivo iQOO Neo arrived on Master Lu’s listings with a twist - it now has a Snapdragon 855+ chipset, instead of the 855. Today, the very same device with the very same model number V1936AL was listed on the Android Enterprise website, adding some more specs to the picture, but also adding to the confusion whether or not this is a completely new phone.

The model number vivo V1936AL is almost the same as the V1936A of the vivo iQOO Neo 855. The appearance of the phone’s front panel is identical as is the 6.4” diagonal of the screen. The listing also says Android Pie and 8/128 GB memory, but there is no NFC.

We are still trying to figure out whether vivo is really preparing to launch the iQOO Neo with Snapdragon 855+ chipset, because if the device is real, it stand too close to its bigger brother - the vivo iQOO Pro.

The mightier gaming device has several specs on its side like 12GB of RAM, a proper 48 MP camera and 44W fast-battery charging, so we are eagerly awaiting to see whether the Neo is going to arrive as a cheaper alternative of the Pro, or this is just a limited edition version for a specific market.

When louch in india

All you need to do is to sneeze, and you are pronouncing the iqoo right :D