The update brings about a major focus on 3D content creation and simplified multimedia and game sharing.

Microsoft had quite a few interesting new devices to show off on stage today, including the new Surface Book i7 and the Surface Studio. Between all this and the attention-challenging length of the presentation, it was arguably quite easy to slightly neglect the big software news, namely the next major Windows 10 update. 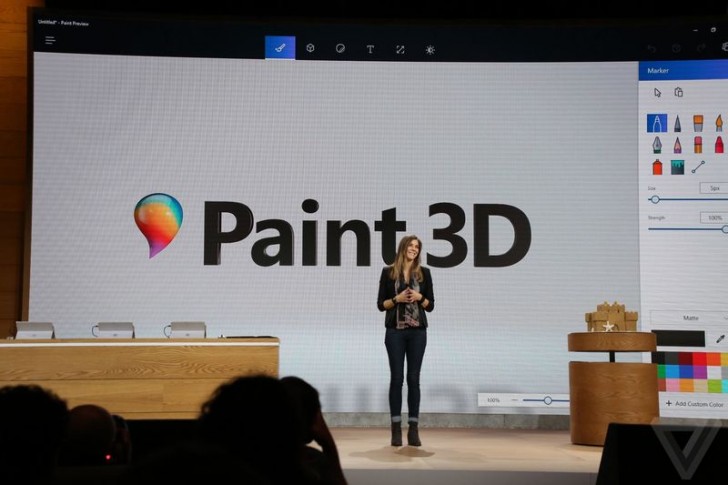 Unlike the aforementioned devices, it will be available absolutely free to the masses of Windows 10 users. And like the name suggests, a central part of the new OS iteration will be content creation and sharing, with a primary focus on 3D and VR in particular.

You might remember Paint 3D's appearance in the news from earlier this month and indeed it will be part of the Creator's update. It is frankly just the tip of the iceberg of what Microsoft is trying to achieve, but it does sum up the US giant's new approach to content creation quite nicely. Microsoft wants to make working with 3D a lot more approachable and user-friendly.

Manipulating objects in a 3D environment looks like child play within the software. It also allows you to capture real-world objects with nothing more than a mobile phone and combine them with your own creations or those pulled from an online Community pane library. The end results can quickly be shared to Facebook for viewing, also printed in 3D and explored in 360-degree view using Microsoft's Hololens AR headset.

Speaking of the latter, Microsoft also announced its intentions to make its augmented reality technology a lot more accessible in the future, thanks to upcoming headsets from the likes of HP, Dell and Lenovo. And if that is still outside your interest, Microsoft has also baked 3D features into a large portion of its office suit, including Word and PowerPoint.

Besides 3D and VR, Windows 10 also aims to become a more welcoming environment for gamers. Considering the ongoing platform unification between PC and the Xbox, such developments are all but expected. In Microsoft's own words: "Windows 10 Creators Update is designed for e-sports and game broadcasting". Streaming is now baked into the OS. Just pressing the Windows key + G starts a stream, no Twitch, OBS or Xsplit needed. Of course, the feature is tightly woven with the Xbox live platform, making it mostly proprietary in nature. It is still not quite perfect and can take its performance toll on certain games. But since Microsoft's intentions with things like Cross Play and the upcoming custom tournament support seem to be aimed mostly at competitive gaming, it is sure to be improved in the future. 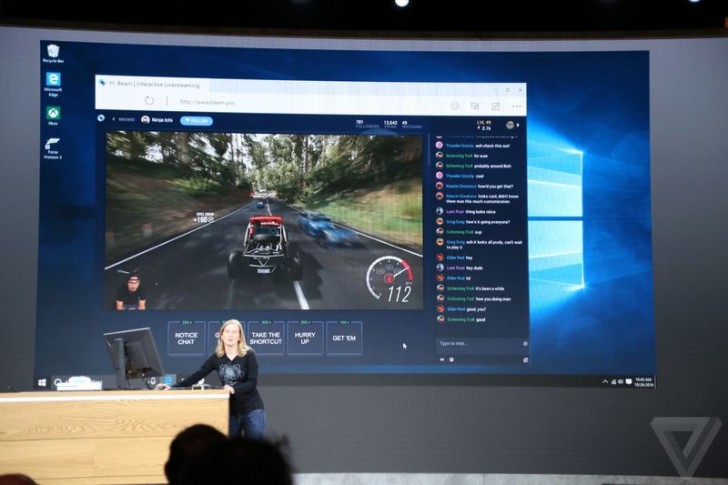 The Creator's update will be made available to all Windows 10 users for free in spring 2017. But if you participate in Microsoft's Insider program, you can start experimenting with builds as early as next week.

Save to USB drive or a cloud storage like Google Drive.

have you heard of the recent flaw that allows any linux system to get hacked in the blink of an eye?