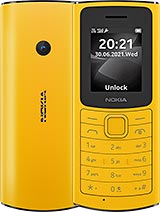 Sheriff, 30 Jul 2021Will it support 4g sims ? and whatsapp ? No chance of whatsapp working on this

Will it support 4g sims ? and whatsapp ?

From the specifications and some reviews it should have nano SIM. About the micro-usb in my opinion is not a problem when I suppose the charger will be in the box and a 1020mAh battery doesn't need more than a usual slow classic charger. I suppose most people will have at least an old USB cable too for computer connection anyway. Let's hope instead that with some future versions they will think about designing an usb modem connectivity feature like most S40 old phones always had.

Do we have call recording

Karan Madhavan, 25 Jul 2021Any voice assistant build in?Yes. It reads out anything on screen. For differently abled.

About wifi or usb tethering possibly missing, in my opinion is not like it couldn't be done but the point is that modern network tethering might be more complex. Beside the phone not supporting WiFi, even the USB tethering is complex because to be compatible with common o.s. as some expect, it would need a whole specific larger o.s. only for that, similar to the wifi/usb key modems with specific chip and often linux specific kernel/os. This would need the internal storage to have that o.s. instead of a phone based real time o.s. Maybe what might have been possible was to support some usb-serial old style cable modem connectivity but that would have needed specific o.s. drivers too and not the common usb ready connection that come with smartphone linux based o.s.
But I think too it might be an interesting feature to consider when most feature phones had that in the past times (different tech with specific sw drivers).

The real innovation with these versions is the newer System on a Chip (SoC) that is interesting for such low end target phone. From the official homepage it's specified the T107 SoC and from the official specifications is a Cortex A7 single core based chip.
With a real time optimized o.s. it might be expected to be fast and also expandable if would be used on future phones version (might be better multimedia features and even some modern apps too for example).

This remind me Samsung E2120 only worth specs , lt's just copy and paste and branded Nokia ....

Any voice assistant build in?

any idea if this has hotspot....

I this phone compatable for Jio SIM?
Mobile Hotspot is available?

I think this kind of phones should have hotspot facility. Then it will be of big use as a secondary phone.

No Email,or am I missing something 😱

Subhadeep, 26 Jun 2021Are you mad? there is no sense for buying this phone for IN... moreIs that 20 years old? Even polyphonic ringtones were included in almost all phones since 2002