HMD Global ships millions of feature phones every quarter – 11 million in Q1, according to Counterpoint – so they are a big part of its business and the company keeps its lineup fresh. The latest additions arrive without fanfare, but are nevertheless an important upgrade.

The Nokia 110 4G and 105 4G are simple feature phones that (as the name suggests) support LTE connectivity. This enables high quality HD Voice calls over VoLTE, a big step up from the 2G audio quality.

And, perhaps more importantly, it will continue to work for years to come, which cannot be said about the 2019 models, which are 2G only – 2G networks (even some 3G ones) are already being shut off in some regions. The new models phones have single and dual-SIM versions and support multiple 4G bands (different for different regions).

The two phones are tiny, but capable enough for handling calls and music playback. There are three reasons to pick the Nokia 110 4G over its sibling. The first is a camera, though the official spec sheet doesn’t list the resolution, so we can only assume that it is not much. The second is a standard 3.5 mm headphone jack, which combines with the third - a microSD slot for cards up to 32 GB - to offer MP3 playback.

The two phones have 1.8” displays with 120 x 160 px resolution. They use big, easy to see icons and even “Readout assist”, which reads the menus out loud. HMD clearly took care to make these usable by elderly parents.

For entertainment, the phones also feature FM radio is on board as well, which can work without headphones plugged in. An additional tool is an LED flashlight built into the top side of the phone (i.e. not a camera flash). 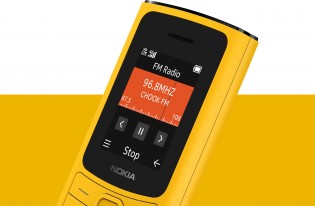 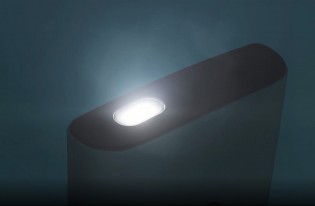 The handsets have 1,020 mAh batteries, which is enough for days of standby and up to 5 hours of voice calls (a bit more in 3G, up to 16 hours in 2G). Charging is done with the included charger using a microUSB cable.

Counterpoint: HMD shipped 2 million Nokia smartphones in Q1, up from 1.7 million a year ago

They look like the Nokia 6700 slide. Pretty phone that one.

is it support WiFi hotspot Feature? most likes not because its VoLTE enabled to work on 4G network voice calling only

KaiOS feel rubbish because they're not supposed to be powerful. Also, there is like zero "feature phone friendly" alternative OSes.