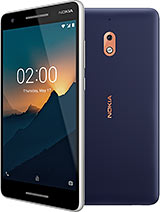 Was a good phone until the android 10 update came along, now it's unusable and there's no way of rolling back the update even in developer mode. And Nokia couldn't care less.

Best, 13 Nov 2020Hahaha they want to force 2.1 users to get a new phone. I... moreI use phone from 2years to right now and it is super and has the last android

Ok i was using this phone for a YEAR.The first 3-6 months it was good,but after, it felt like piece of crap.When someone wants to call me it didin't respond.And for games I bought samsung tablet because it was not LAGGING.And now I have Xiaomi.Nokia with Android 10 (Nokia 2.1) IS F###ING BULLSHIT.I actualy used EMULATORS before playing on the new Tablet,because NOKIA 2.1 CANT PLAY GAMES.I hope Nokia makes new update AND makes the phone more faster

Bruh, 25 Oct 2020HMD updates garbage in the name of android 10 and can'... moreHahaha they want to force 2.1 users to get a new phone. I'm never using Nokia again. I'm buying Samsung or Xiaomi

Hey if you want to downgrade your device to 2.1. (Take risk)
Find my comment on Nokia 2.1 official Discussion or in XDA downgrading thread (nokia 2.1).

HMD updates garbage in the name of android 10 and can't be bothered to push a patch or anything of the sort. They've locked the bootloader so even rolling back to android 9 is impossible. F***ing clowns the lot of them

Adegokenath, 24 Sep 2020My Chairman how did you get itJust reset the phone then set it in white mode

Olamide, 24 Sep 2020How did you do it?Sorry guys haven't been here for long. After formatting my phone I switched back to light theme is instead of dark mode. That dark mode is making the phone to lag too much and I use lite app. Hope it works for you guys and Don't overpack the phone with app. The last setting was done on developer option but can't remember that as I have to make running app use less ram

de dek, 02 Oct 2020Please let's know what you did to solve the lag problemi went into edit app settings for apps that like to display on top of other apps, and disabled that setting. (FB messenger is the main one. but there are some others.)

Also went into developer mode and changed my animation scales from 1.0 to 0.5, if still lags then turn these animations off. Also make sure your case isn't causing the CPU to overheat. This will cause lag as well. I hope this helps.

Adegokenath, 27 Sep 2020Kindly share the way outPlease let's know what you did to solve the lag problem

Adegokenath, 27 Sep 2020Kindly share the way outPlease let's know what you did to solve the lag problem

I've found a way round the lag problem too! I nearly threw the phone away.

Best, 24 Sep 2020Finally have been able to stop the stupid lag My Chairman how did you get it

Best, 24 Sep 2020Finally have been able to stop the stupid lag If it's after updating to android 10 how did you do it

Best, 24 Sep 2020Finally have been able to stop the stupid lag How did you do it?